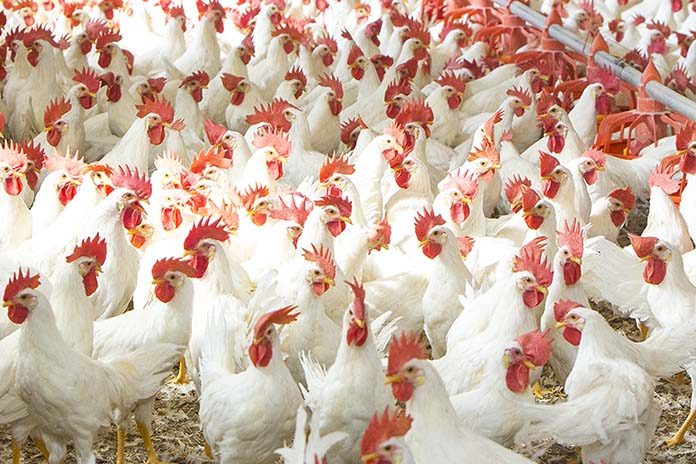 At least 2,000 poultry farmers have enrolled for the first phase of the broiler module of the ‘Rearing for Food and Jobs’ flagship programme to be rolled out in 11 regions by end of the month.

The farmers are envisaged to produce 40,000 metric tonnes of poultry products to meet local production and reduce importation. Currently poultry product import to Ghana is at whooping sum of 400 million dollars annually.

They are expected to receive day-old chicks as many as 2,000 per farmer, feed to cover two weeks and medication, all at 50 per cent subsidy by the government.

Edwin Bekoe added that the number of poultry farmers would increase as the project rolls on during the years.

The Director for Animal Production assured that the hatcheries and the pharmaceutical industries were ready with the inputs saying “we are meeting to conclude all the plans for the programme to be rolled out by end of February or early March.”

He said the 400 million annual import bill on poultry products would be used to encourage local production to support the economy.

He noted that the goal of the project is to reduce the cost of production for the Ghanaian farmer and make poultry production much cheaper for the farmer to be able to compete favourable with imported products on the market.

He explained that the farmers were expected to produce in five-cycles in a year, adding that as soon as the chickens were matured within six weeks, an off-taker would buy, process them and store in a cold store for the local market, such as the School Feeding Programme and other demands.

Edwin Bekoe said the farmers had been validated and enough data involving the structures and their expertise had been gathered, adding that they would undergo bio-security training to rear in a healthy environment and reduce mortality as much as possible.

President Nana Addo Dankwa Akufo-Addo last June launched the Rearing for Food and Jobs in the Upper West regional capital, Wa with the cattle and livestock sectors taking off.

The flagship programme is expected to reduce the heavy bill on imported poultry and livestock products, and at the same time boost the local economy with jobs make agriculture production (rearing) an enviable vocation.