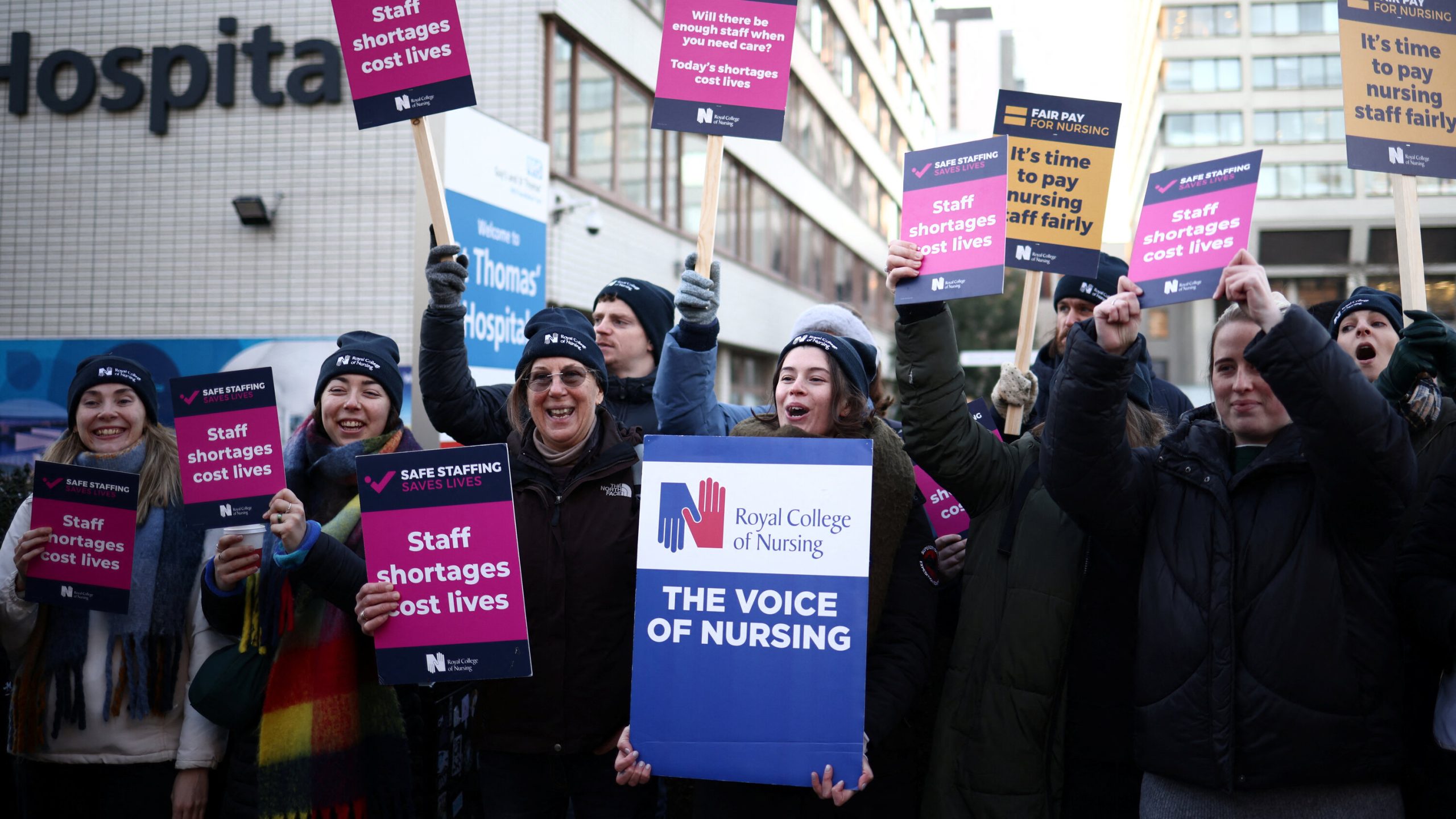 Thousands of nurses employed in the UK’s state-funded National Health Service (NHS) are on strike for two days demanding a pay hike of 19 per cent. Nurses will boycott work from 8am to 8pm for two days.

The nurses, many of them Indian, are joining picket lines up and down the country on Thursday in the biggest strikes in history to demand better pay and working conditions amid a cost-of-living crisis.

Upto 1,00,000 nursing staff are taking part in strikes in England, Northern Ireland and Wales in protest against what they say is years of real-term pay cuts due to inflation and concerns over patient safety. A further day of strike action is also planned for next Tuesday.

“For many of us, this is our first time striking and our emotions are really mixed. The NHS is in crisis, the nursing profession can’t take any more, our loved ones are already suffering,” said Pat Cullen, General Secretary and Chief Executive of the Royal College of Nursing (RCN).

“It is not unreasonable to demand better. This is not something that can wait. We are committed to our patients and always will be,” she said. RCN has been campaigning for a pay rise and demanding that the government allow the NHS to recruit and retain the nursing staff it desperately needs.

It said that since strike action was announced last month, it has repeatedly asked UK Health Secretary Steve Barclay to open formal pay negotiations, but ministers have declined every offer.

The strike action means large numbers of outpatient appointments and operations have been cancelled. However, urgent and life-saving services are to be fully staffed, but many non-urgent services will operate with only the much smaller numbers of nurses usually on duty on holidays and late-night shifts.

Nursing staff shortages in the NHS over the years have meant foreign recruits from countries such as India remain in constant demand.

The latest Nursing and Midwifery Council (NMC) data for 2021-22 shows 37,815 Indian nurses on the council’s register of those qualified to work in the UK, up from 28,192 the previous year.

While India is second placed, the Philippines remains the top-most source country for the UK with 41,090 nurses and Nigeria is third with 7,256 nurses on the register.

Earlier this week, last-ditch talks between the RCN and the government failed to call off the historic strike action.

“Our nurses are incredibly dedicated to their job and it is deeply regrettable some union members are going ahead with strike action,” said Health Secretary Steve Barclay.

The Opposition Labour Party has called the strikes a badge of shame for the government.

There has been a flurry of strikes taking place over what has been dubbed the UK’s winter of discontent, with transport, postal and airport workers among those taking strike action to demand better pay and working conditions mid a cost-of-living crisis.

Members of the Royal College of Nursing (RCN) are staging the strikes in an effort to win a pay rise for this year of 5 percent above inflation, and in protest at the government’s decision to award them an increase of at least £1,400, which is the equivalent of about a 4 percent uplift, The Guardian reported.

Health Secretary Steve Barclay said the government is grateful for the services of nurses but the demanded pay hike was unaffordable. “The Royal College of Nursing’s call for a 19% pay rise is “not affordable,” BBC quoted Barclay saying. BBC quoted the secretary saying that the government is hugely grateful for the work that nurses do and that is why the government accepted the independent pay review body’s recommendations in full and awarded nurses with an extra 3 percent pay rise last year when the rest of the public sector had a pay freeze.