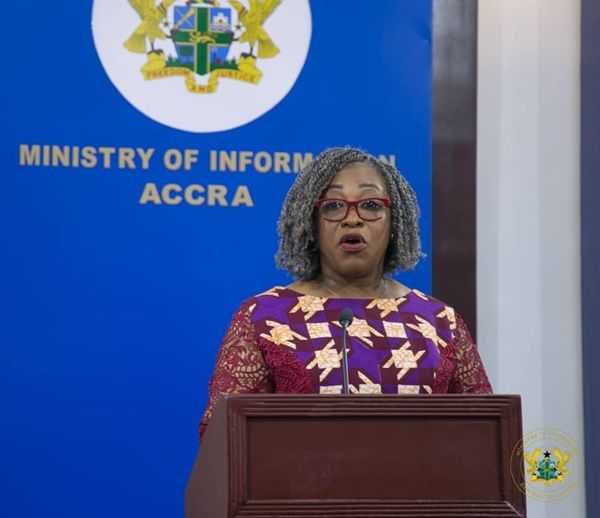 Minister of Foreign Affairs and Regional Integration, Shirley Ayorkor Botchway has revealed that the government is working to bring back home about 3,000 stranded Ghanaians in some countries.

She said the evacuees included seven Ghanaians, who arrived in the country by a charter flight on the afternoon of Thursday, June 4, 2020 from Lagos, Nigeria.

Answering questions on the Floor of Parliament Friday, the Minister indicated that 15 Ghanaians were billed to arrive in the country by a charter flight from Mauritania on Friday, five from Turkey and Caicos, 35 from Washington D.C, and Burkina Faso 14 on Saturday, while four Ghanaians would arrive from Mauritania on June 9, 2020.

She disclosed further that 15 Ghanaians in Denmark had also been captured in the evacuation plan after they requested government assistance, while 64 people are coming from Germany, 45 from Ethiopia, 11 from Italy, 25 from Kenya, 34 from the Netherlands, 97 from Niger, 12 from Norway, 235 from South Africa, four from Spain, 10 from Lebanon and 17 from Switzerland.

The Member of Parliament for North Tongu, Samuel Okudzeto Ablakwa had asked the Minister the government’s plans to evacuate stranded Ghanaians abroad due to the closure of the international borders as a result of measures to prevent the spread of Covid-19.

Ms Botchway said the “Government took the decision to begin the process of evacuating our compatriots home, following the alert from the World Health Organization (WHO) that Covid-19 is most likely to remain a global public health issue until a vaccine is developed.”

She added that the decision was also informed by the data gathered by Ghana’s Diplomatic Missions abroad on the categories of Ghanaians who were stranded.

“For several weeks, the Foreign Ministry and its Missions abroad, together with key MDAs such as the interior and Aviation Ministries, and the Ghana Immigration Service have been working closely to bring back home stranded Ghanaians in several countries.”

She stated that the Government decided to undertake the exercise in phases to ensure a well-coordinated evacuation exercise, and added that the decision was informed by financial and logistical considerations.

Other considerations are the capacity of Ghana’s isolation centers to hold large numbers of evacuees as well as the human resource capacity of the National COVID-19 Task Force comprising personnel from various security agencies.

The Minister noted that the evacuation of Ghanaians abroad had been categorized into four (4) groups and mentioned the categorization as the ability to pay, Government Funded Evacuation, distressed/destitute and deportees.

“You were all witnesses to the return of the 230 Ghanaians from the State of Kuwait on 23rd May, 2020 who were quarantined at the Prampram Quarantine Centre.”

“Following the return from Kuwait, I am pleased to inform this august House about the government’s efforts to extend the evacuation to stranded Ghanaians in other parts of the world. Let me, however, underscore the fact that in view of the logistical constraints, as mentioned earlier, the evacuation exercise can only be undertaken in phases.”