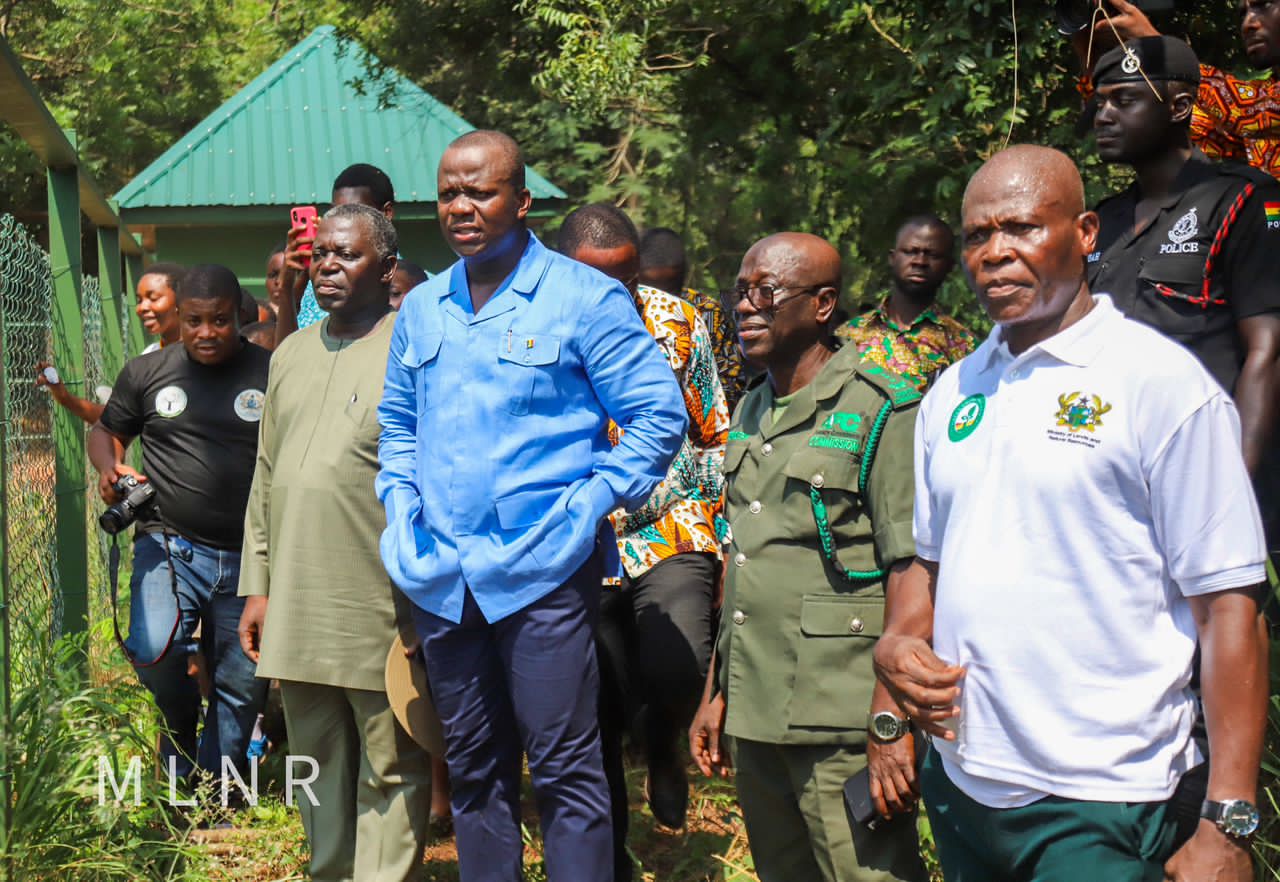 After months of closure the Minister for Lands and Natural Resources, Hon. Samuel A. Jinapor has Friday, 9th December 2022 reopened the Accra Zoo to the general public, urging all Ghanaians and the diaspora to patronize the Zoo even as the festive season approaches.

“As we approach the festive season, I want to encourage all of us, both Ghanaians and foreigners alike and particularly our dear students to patronize and interact with nature. The Accra Zoo, I can assure you is safe and you are all warmly welcome to visit” He said.

The Zoo was shut down in August on the instructions of the Minister after an intruder was attacked by the lions. Before this unfortunate incident, renovations were ongoing to intensify security systems, provide more facilities to ensure the comfort of visitors and make the Zoo more interesting and exciting.

Speaking at the reopening ceremony, the Minister underscored the importance of Zoos and ecotourism in general to the socio-economic development of the country, empathizing that they provide an effective economic incentive for conservation and protecting the ecosystem and biodiversity while creating jobs and generating income to support the national economy.

He exemplified that in Africa, Zoos and ecotourism have become a major boost to the economies of countries like Kenya, Tanzania, South Africa, Rwanda and Zambia and hoped that Ghana’s Zoo will also place the country on such heights.

Zoos he noted are, therefore, very crucial to the conservation of terrestrial life and ecosystems, which Ghana is enjoined by Sustainable Development Goal 15 to protect and conserve.

Due to the many advantages, the Sector Minister disclosed that Government is adopting strategic measures to promote zoos and ecotourism in the country, adding that plans are far advanced to upgrade the three (3) regional zoos in Accra, Tamale and Takoradi, to international standards and eventually establish zoos in all sixteen (16) regions of the country.

Whiles assuring the safeness of the Zoo, Hon. Jinapor employed the opportunity to call on the private sector to partner Government on the ambitious agenda, to bring zoos closer to the people and promote ecotourism.

He announced that as part of measures to protect wildlife resources, Cabinet has approved a new Wildlife Resources Management Bill, to be laid in Parliament in the next couple of weeks, to among others, provide a new legal framework for the management of the wildlife resources.

The Chief Executive of the Forestry Commission, Mr. John Allotey in his welcome statement highlighted some recent developments of the Zoo, detailing that the Zoo now has a new visitors lounge with benches, street lights, access routes, camera traps installation at the lions’ den, bold signages with clear instructions, wider and higher cages and two iron gates constructed to intensify security in the Zoo.

He pointed out that security checkpoints have been mounted close to the lions’ enclosure for constant monitoring to prevent future unfortunate occurrences.

The CEO also disclosed that the Zoo has a Bat Research Center, established to study bat diseases and behavior and the only captive bat breeding population and research Center in the world.

The Accra Zoo has a total of 108 animals made up of monkeys, Antelopes, Birds, Crocodiles, Snakes, Lions, porcupines, Ostrich, and Geese, among others with an average visitation of 32,000 annually.