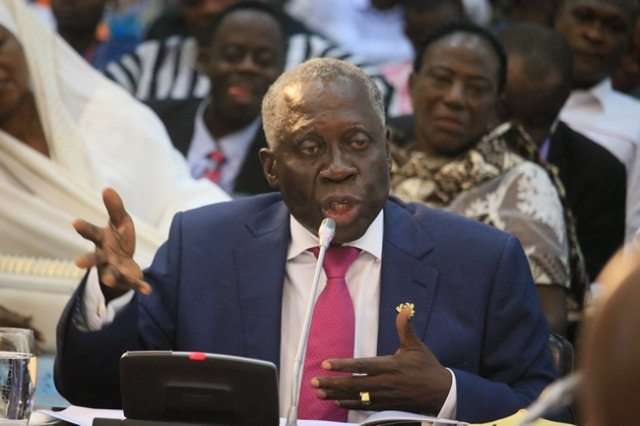 The Acting Auditor-General has said he is satisfied with documents provided by the Senior Minister, Yaw Osafo-Maafo in defence of his $1m surcharge in the Kroll Associate deal.

Johnson Akuamoah Asiedu said he is satisfied with the process and has proposed that the Supreme Court be informed appropriately about the development.

This comes a day after the substantive Auditor-General, Daniel Yao Demelevo has been ordered to take his 123 accumulated annual leave by the president, starting July 1.

In an exchange of letters with the presidency, the leave was extended to 167 days.

The Auditor-General has been cited for contempt of the High Court in an application filed by lawyer for the Senior Minister and four other public officers.

Daniel Yao Domelevo was cited contempt of court for his refusal to file in court the documents based on which he surcharged Yaw Osafo-Maafo and four other public officers contrary to clear provisions of the applicable law.

The Senior Minister, Michael Ayensu, Abraham Kofi Tawiah, Eva Asselbe Mends and Patrick Nomo all of the Finance Ministry filed an appeal at the Registry of the High Court in which they were asking the court to set aside the AG’s decision on disallowance and surcharge against them.

But a day after he started his leave, the Acting Auditor-General in a letter to Mr Osafo-Maafo said, “We wish to state that we are satisfied with the processes and therefore propose that the lawyers inform the Supreme Court accordingly to enable both parties to go back to the High Court to continue with the proceedings in that court.”

Why was the Senior Minister surcharged?

Mr Osafo-Maafo had superintended the  payment of $1million to Kroll and Associates Limited for some consultancy services.

By September 2018, $1 million, the equivalent to ¢4.86 million was made to the company as full payment for its services.

But the Auditor-General has challenged the arrangement. He explained that by Ghana’s 1992 Constitution, the contract required parliamentary approval because it involved a foreign company.

Mr Domelevo said Yaw Osafo-Maafo’s reply to his queries over the contract with Kroll Associates to provide consultancy services was unsatisfactory.