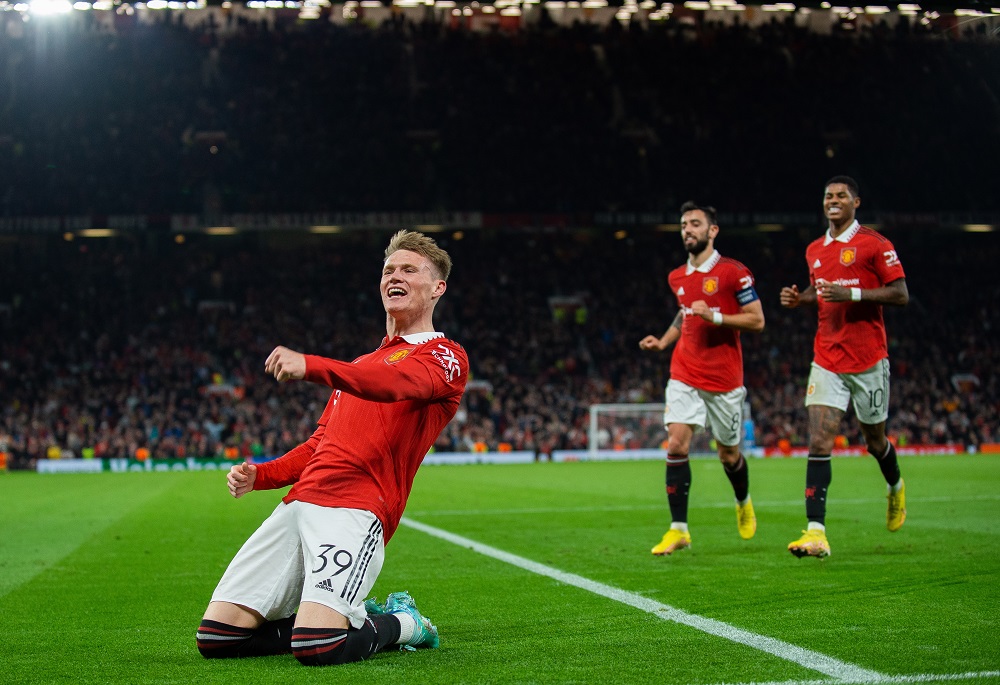 Arsenal maintained their perfect start to the Europa League as Bukayo Saka’s goal clinched a 1-0 win at Bodo/Glimt, while Manchester United left it late to beat Omonia Nicosia.

Saka struck midway through the first half in Norway to give the Gunners a third win in as many outings in Group A.

“I’m really happy with the win against a team that has won the last 14 games here at home,” Arsenal coach Mikel Arteta told BT Sport.

“We were expecting a really tough night here and we made a lot of changes again but I’m delighted to find a way to win.”

Scott McTominay spared United’s blushes with a 93rd-minute goal in a 1-0 win over Cypriots Omonia at Old Trafford.

Omonia goalkeeper Francis Uzoho pulled off a string of fine saves to frustrate a wasteful United before the Scotland midfielder fired home in stoppage time.

“You have to be patient sometimes. Their goalkeeper was a different class but we created enough chances and deserved to score in the end,” McTominay told BT Sport.

“It’s a massive goal because we need to win the group.”

La Real are guaranteed to advance. They host United on November 3 in a clash likely to determine which team goes directly into the last 16.

Each of the eight group runners-up will face a team that drops down from the Champions League, in a knockout round play-off in February.

Real Betis dropped their first points of the competition after a 1-1 draw at home to Roma in Group C as they missed the chance to secure a last-16 spot.

Sergio Canales put Betis ahead in 34 minutes but Andrea Belotti equalized for Roma, who remain third in the section behind Ludogorets. The Bulgarians won 2-0 at home to HJK Helsinki.

Freiburg eased to a fourth consecutive victory in Group G, piling further misery on Nantes with a 4-0 win away to the French Cup holders.

Fenerbahce and Rennes both ensured they will progress from Group B. Fenerbahce won 2-1 at AEK Larnaca, while Rennes defeated Dynamo Kyiv 1-0 in Krakow.

Belgium’s Union Saint-Gilloise must wait to make sure of a place in the last 16 despite coming from two goals down in a thrilling 3-3 draw against Braga.

All four teams in Group F are level on five points. Lazio drew 2-2 at home to Sturm Graz while Feyenoord was held by the same scoreline by Midtjylland.

Ferencvaros are three points clear in Group H after beating Red Star Belgrade 2-1. Trabzonspor hammered Monaco 4-0 to climb above the Ligue 1 side into second.

Villarreal qualified for the last 16 of the Europa Conference League as winners of Group C. Senegalese midfielder Nicolas Jackson scored the only goal in their 1-0 win at Austria Vienna.

West Ham advanced from Group B following a 2-1 win over Anderlecht courtesy of goals from Said Benrahma and Jarrod Bowen.

The Hammers need just a point from their final two games to wrap up the top spot.

Istanbul Basaksehir and Djurgarden will also continue their European adventure in the new year.