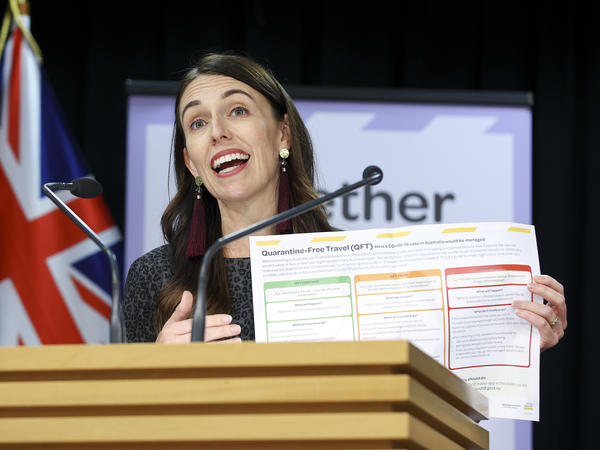 Australian and New Zealand residents will be able to travel between the two nations without having to quarantine from 19 April.

Since October, New Zealand travellers have been allowed to enter most Australian states without quarantine, though this had not been reciprocated.

Both nations have since contained Covid outbreaks and kept infection rates near zero.

The countries shut their borders in March last year and brought in compulsory quarantine for returning nationals.

When outbreaks have emerged, both Australia and New Zealand have instated snap lockdowns to halt the virus from spreading.

Ms Ardern praised such aggressive responses as key to opening the travel bubble.

“I cannot see or point to any countries in the world that are maintaining a strategy of keeping their countries completely Covid-free, whilst opening up to international travel between each other,” she said.

“That means that, in a way, you know, we are world-leading.”

“We have ensured that both our countries have… not suffered the same types of virus impacts that we have seen in so many other countries,” he said.

“The fact that we can now combine again will mean more jobs, will mean people reunited.”

Australia has recorded 909 deaths since the pandemic began, while New Zealand has reported 25.

India records over 200,000 new COVID cases for the first time