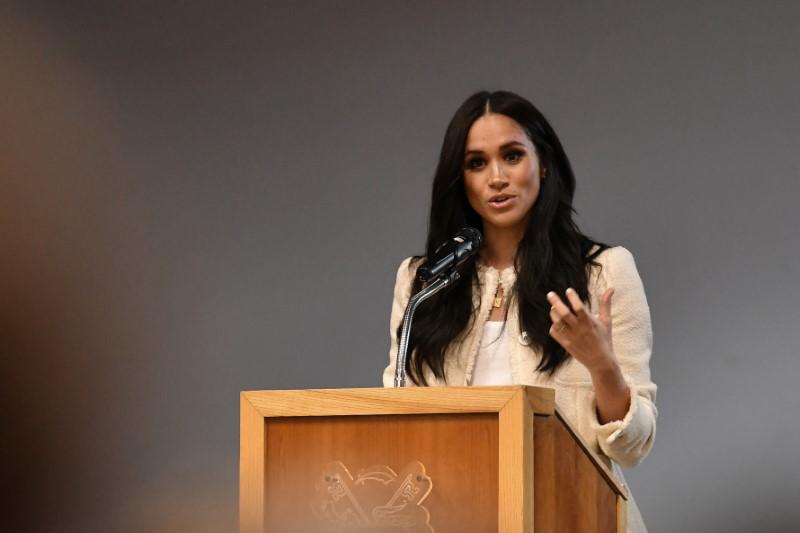 Meghan, Britain’s Duchess of Sussex, has spoken about events following the death of George Floyd saying she was sorry that children had to grow up in a world where racism still existed and that current events in the United States were “devastating”.

“I know you know that black lives matter,” Meghan said in a video she recorded for students graduating from her old high school in Los Angeles which was aired on Wednesday.

The death of Floyd has become the latest flashpoint for long-simmering rage over police brutality against African Americans and led to nationwide protests, some violent, with curfews imposed in some cities to quell the disorder.

“For the past couple of weeks I’ve been planning on saying a few words to you for your graduation and as we’ve all seen over the last week what is happening in our country, and in our state and in our home town of LA is absolutely devastating,” said Meghan, whose mother is African American and father is white.

“First thing I want to say to you is that I’m sorry, I’m so sorry that you have to grow up in a world where this is still present,” she said in her message to the girls at the Immaculate Heart High School.

The duchess, a former U.S actress and wife of Queen Elizabeth’s grandson Prince Harry, said she wanted to say “the right thing” and was nervous her words would be “picked apart”.

Britain’s royal family by tradition does not comment on political issues. However, Meghan and Harry stepped down from their official royal roles at the end of March and are now living in Los Angeles with their baby son Archie.

In her message, the 38-year-old reflected on her own memories of the 1992 LA riots.

“Those memories don’t go away and I can’t imagine that at 17 or 18 years old, which is how old you are now, that you would have to have a different version of that same type of experience,” she said.