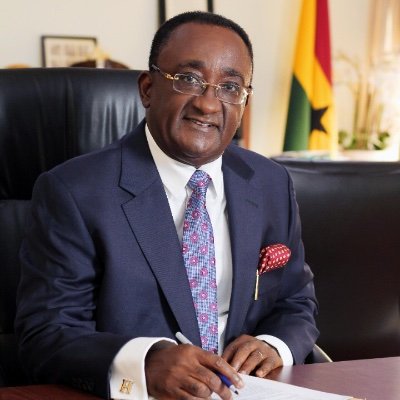 The increasing spate of development of buffer zones by private developers in the Ashanti Region poses a huge threat to agriculture as well as the ecology of the region, the Minister of Food and Agriculture (MoFA), Dr. Owusu Afriyie Akoto has said.

The situation while it significantly undermines agriculture development is also believed will aggravate the incidence of flooding being recorded in recent times in Ghana’s second-biggest city.

Dr. Afriyie Akoto observed that “private developers cannot be allowed to take over lands which are meant for agriculture, within and outside the Kumasi Metropolis.”

To this end, he said, “whatever we can do immediately to signal to whoever is behind these developments should be pursued to signal that the illegality will not be tolerated.”

The Minister of Food and Agriculture, who was speaking during a courtesy call on the Ashanti Regional Minister, Mr. Simon Osei-Mensah, as part of a day’s working visit to some project sites in the Ashanti Region, noted all the appropriate ministries must be involved to address the situation.

The Ashanti Regional Minister, Mr. Simon Osei-Mensah, assured that the various state agencies will be contacted in the pursuit of such issues while insisting that irrigable lands are not meant to be sold.

“It is only sold under special conditions: so, you cannot be selling lands that are irrigable to private persons,” he said.

He observed that the government’s flagship agriculture program, Planting for Food and Jobs (PFJ), helped to avert food shortages in the country during the early days of the pandemic – when most countries shut their borders, blocking the importation of foodstuffs.

“Due to the Planting for Food and Jobs we had food to eat, prices of foodstuff did not skyrocket; to the extent that neighboring countries were frequenting Ghana to buy foodstuffs.

Against this background, he said: “We have to take the policy seriously and guard against anything that will sabotage or undermine it”. He, therefore, assured that everything possible will be done to secure such lands which have come under development.

He appealed to the Agric Minister to push for a policy that will ensure lowlands, which even serve as buffer zones for water-bodies especially in cities and towns, are not sold for private developments.

“If we don’t take it seriously, apart from losing lands we can use for vegetable farming, we end up creating problems for ourselves because it leads to flooding,” he said, citing the recent floods in Kumasi as an example.

The Regional Minister recounted that the recent downpour caused flooding that brought traffic to a halt for more than two hours before vehicular traffic could resume after the floodwaters subsided.

He indicated his readiness to support the Agric Minister to help address the current situation in the region.

The Agric Minister later held a staff durbar with various directors of Agriculture in the Region before calling on the Asantehene, Otumfuo Osei Tutu II, at the Manhyia Palace.

More than 40 young men and women have been trained in Website Development and applied research at this year’s Koforidua Start-Up Summit, held at Koforidua The government has released GH¢57.460 million to the 46 colleges of education (CoEs) for the feeding and allowances of teacher trainees. The Minister of Education, 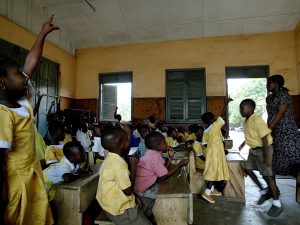 Errant Parents Will Face The Law If Irresponsible – Dir. Of Dept., Of Social Welfare 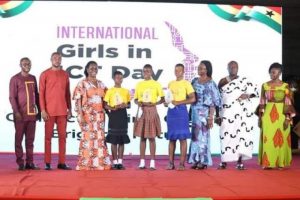