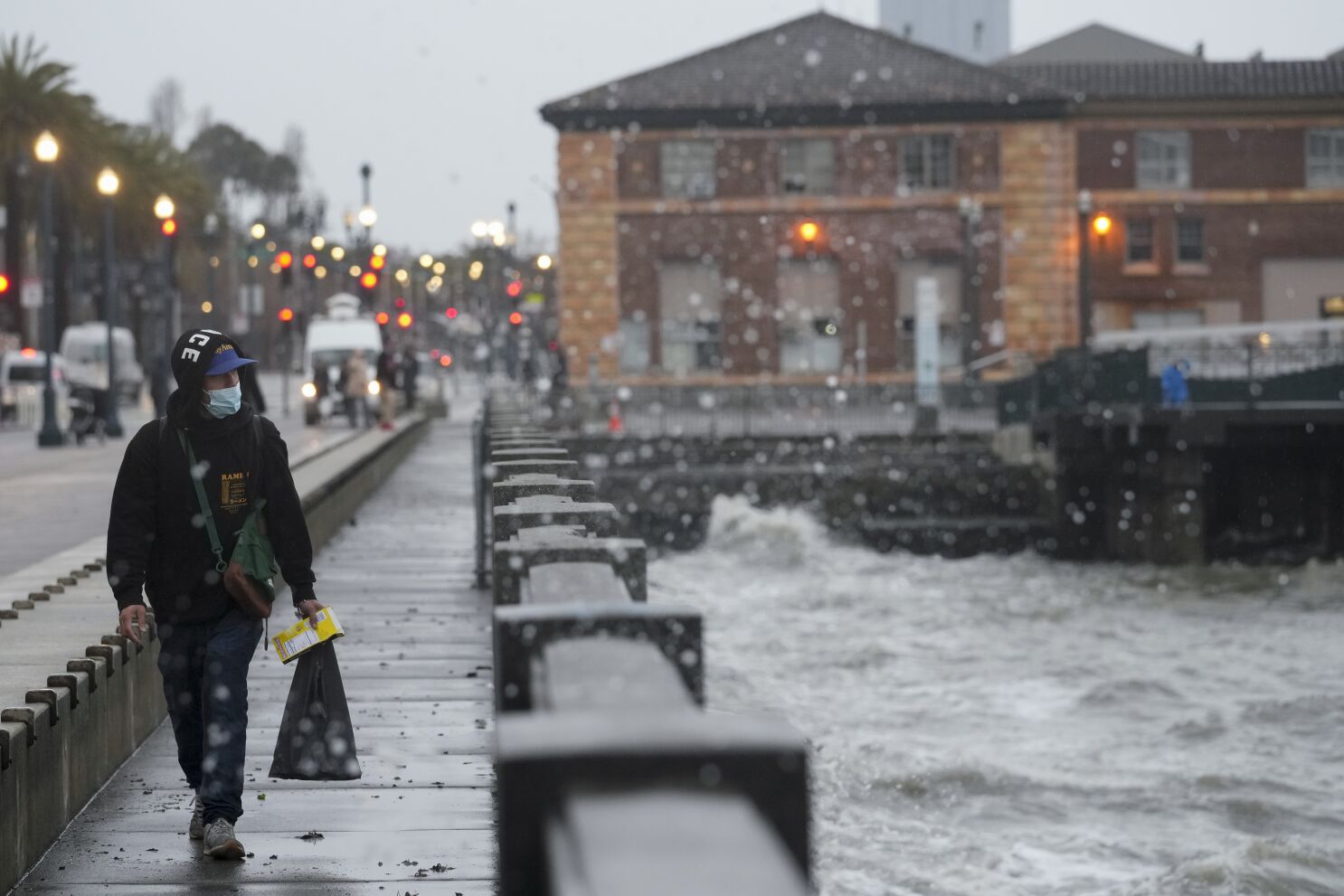 Officials in Santa Barbara County, California, have issued an immediate evacuation order for the waterlogged city of Montecito, as torrential rains and high winds continue to batter the west coast of the United States.

Nearly 10,000 people are set to be displaced in and around the wealthy coastal enclave, nestled between the Pacific Ocean and surrounding hilly areas. The town is home to celebrities such as TV host Oprah Winfrey and the royal couple Prince Harry and Meghan Markle.

Santa Barbara County Sheriff Bill Brown explained on Monday that the decision to evacuate was “based on the continuing high rate of rainfall”. He added that there was “no indication that that is going to change before nightfall”.

California is under a federal state of emergency as a series of “atmospheric rivers” slams the state, delivering high-intensity plumes of precipitation to a region vulnerable to years of drought.

Officials from the governor’s office on Monday increased the death toll of the storms from 12 to 14, as residents experience flooding, downed power lines and falling trees. The Montecito Fire Department reported its website has crashed “due to high traffic”.

The order to evacuate Montecito comes nearly five years after heavy rainfall triggered a deadly mudslide in the city in 2018. Rushing mud propelled massive boulders and rivers of debris down the city’s hillsides, crushing houses and killing at least 23 people at the time, according to the California Office of Emergency Services.

Monday’s evacuation order also occurs one day before the anniversary of a 2005 landslide that devastated the small community of La Conchita (PDF) about 40km (25 miles) south of Santa Barbara, damaging dozens of homes and leaving 10 people dead.

The area’s history with wildfire, combined with the heavy precipitation, has officials worried about the prospect of another deadly mudslide during this week’s storm.

Climate change has increased the intensity and frequency of burns in the western US, and Montecito has likewise seen a series of blazes in recent years. The Thomas Fire in 2017 charred 1,137 square kilometres (439 square miles) nearby, while the smaller Alisal Fire consumed another 69sq km (26.5 sq miles) in 2018.

Those wildfires, the US National Weather Service said on Monday, have left the region dotted with “burn scars” where the landscape has yet to recover. “Lessened vegetation increases the risks” of natural disasters such as mudslides, the agency explained on its website.

“Additional heavy rains on Tuesday will exacerbate ongoing flooding and continue the risk of flash flooding and mudslides, especially across recent burn scar regions,” it said.

The storms over the past several weeks have pushed rainfall levels 400 to 600 percent higher than average totals, the agency explained. It predicted “no significant letup” to the “wet weather pattern that has been plaguing much of California”.

“While areas of Central to Northern California will see some respite from recent heavy rains later today into early Tuesday, it will be short-lived as the next in the seemingly never-ending parade of strong wet Pacific systems pushes more heavy precipitation across all of California on Tuesday,” the agency said.