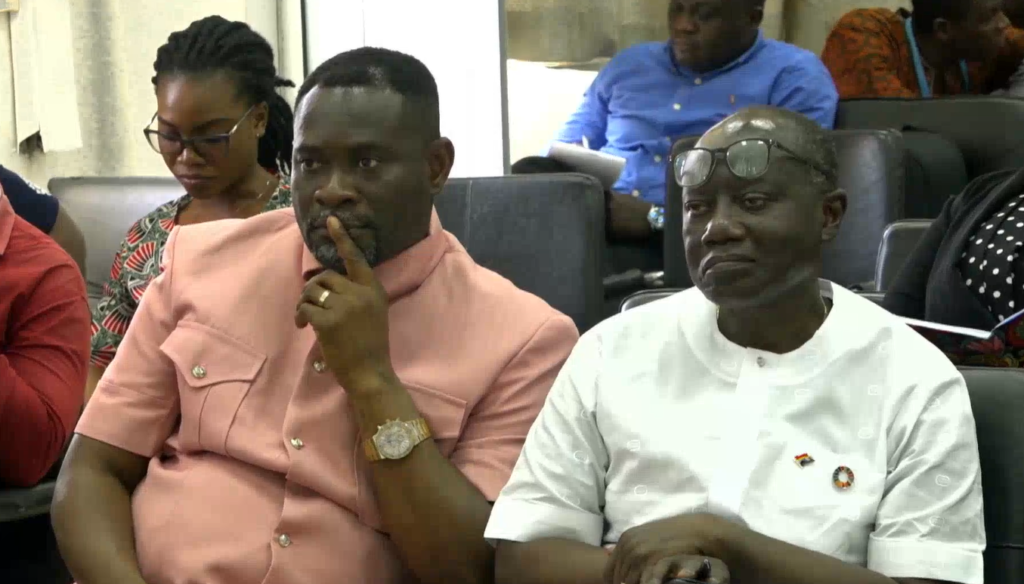 Censure motion: Ofori-Atta to respond to Minority’s allegations on Friday

The beleaguered Finance Minister, Ken Ofori-Atta, will on Friday be expected to put up a defense to the Minority’s push for a vote of censure against him.

This follows the conclusion of the first public hearing by the eight-member ad-hoc committee sitting on the matter on Tuesday, amidst heated exchanges, objections and concerns over the admissibility of evidence.

The Minister in a written request, prior to the hearing, sought further and better particulars on the grounds for the motion while raising questions over the committee’s jurisdiction.

Counsel for the under-fire Minister, Gabby Asare Otchere-Darko told the Committee that his client will be ready with the responses by Friday, November 18, 2022.

“We will require about 48 hours which should mean that we are looking on Friday. We believe that the Finance Minister who will speak for himself will need just one day to make his submissions.”

Private Legal practitioner and leading member of the governing New Patriotic Party (NPP), Gabby Otchere-Darko represented the Finance Minister at the hearing of the Parliamentary Committee probing the basis for a vote of censure against Ofori-Atta.

The start of the hearing was held up because of a clash over the mode for tendering evidence at the committee.

Even before being sworn in to testify, the Minority Leader, Haruna Iddrisu, and, Minority Spokesperson on Finance, Cassiel Ato Forson, who was the first to appear before the committee, wished to utilize evidence in a manner that was contested.

While the committee’s clerk said he had not received the formal record of the evidence from the Minority, Mr. Forson said he had sent the notice of evidence via hyperlinks because the clerk’s notice to him had come in a letter sent via WhatsApp.

As the debate escalated, the Minority members of the committee appealed for flexibility and the urgent handling of the allegations against the Finance Minister.

The majority of members of the committee pushed for a formal notice of the evidence to be tendered before proceedings continue.

Mr. Ofori-Atta’s lawyer, Gabby Otchere-Darko, expressed concern that his client would be caught off guard by the evidence and requested “full particulars of the facts in support of the allegations against the minister.”

He also said there would not be enough time to scrutinize the evidence outlined by the Minority.

“It would not be fair for the Minister of Finance to be ambushed right here without any preparation to start answering questions.”

“All we are asking for in the interest of justice is that we should be furnished with the full particulars of the facts in support of each of the allegations contained in the letter and then the supporting documents,” Mr. Okyere Darko said.