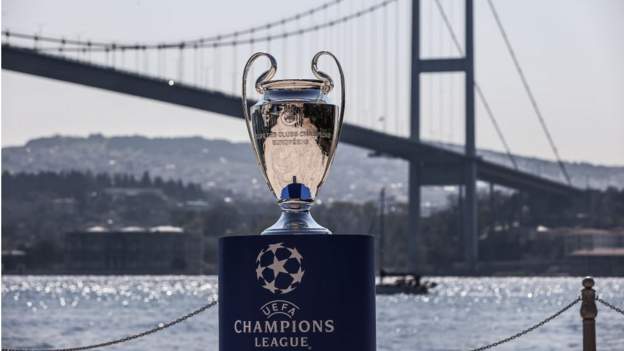 Portugal is a strong candidate to host the Champions League final after Uefa did not gain guarantees of exemptions it wants to move the game to Wembley.

Uefa, UK government officials and the Football Association met on Monday to discuss moving the game between Chelsea and Manchester City from Istanbul.

Uefa has decided it will be moved after Turkey was put on England’s red travel list meaning fans cannot travel.

Portugal is on the green list so fans would be allowed to attend on 29 May.

The match could still be played at Wembley but it would require a major shift from the government, who have so far failed to reach an agreement with Uefa.

European football’s governing body feels in Portugal it is going to be easier to gain access for sponsors and broadcasters, who would need to be compensated if they were unable to attend the game.

Porto has been mentioned as a potential venue but it is understood Lisbon, which hosted last year’s final, is also a possibility.

Travellers from England to green-list countries must follows rules before departure but do not have to quarantine on their return.