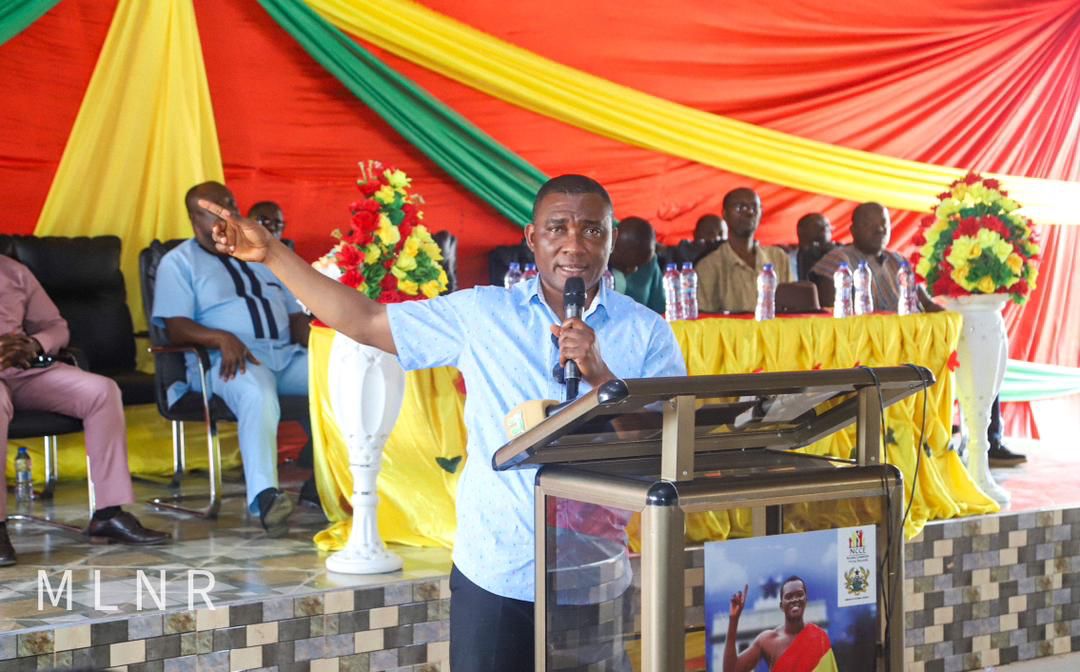 The Chiefs and residents of Beppo, a mining community in the Prestea Huni Valley Municipality of the Western Region have assured of their resounding and unflinching support to the fight against illegal mining following an extensive and fruitful engagement with the Deputy Minister of Lands and Natural Resources, Hon. George Mireku Duker.

The assurance which was conveyed by the Tufuhene, Nana Bretuo II follows a dispassionate call made on them by the Deputy Minister for Lands and Natural Resources in charge of Mines, Hon. George Mireku Duker.

In an address during a Stakeholders Sensitization Engagement against illegal Mining event on Wednesday, October 26, 2022, Hon. Mireku Duker evoked a sense of communism and nationalism in the traditional authorities and residents against galamsey.

Making reference to the destruction of the community’s river by galamsey operations which is a tributary of the Ankobra River, Hon. Mireku Duker protested that the larger community must not bear the brunt of the greedy few and thus want the residents to rise up against illegal mining.

He sensitized them to the harmful effects of galamsey and appealed to them to declare zero tolerance for illegal mining.

He, therefore, called the chiefs and residents to action whiles pleading with them to ensure an immediate end to all forms of illegal mining activities.

The Tarkwa Nsuaem MP clarified that the Akufo-Addo government is not against small-scale mining but wants to purge the sector of harmful practices in view of the employment opportunities it provides to Ghanaians.

He said the government has a number of alternative livelihood sources available to persons who opt out of illegal mining.

“If our chiefs and the general public agree to resist any form of illegal mining, there is no way anyone can do it. Our constitution permits citizen arrests. You don’t have to be a police officer to arrest someone who is doing something harmful to the country. We all have to come together and agree that irresponsible small-scale mining must stop now. Let’s all do this for our community and the country,” he said.

The Chief Inspector of Mines at the Minerals Commission, Mr. Kofi Adjei educated the public on the dire consequences of illegal mining. He highlighted the health, economic and social impacts galamsey pose to the country and preached against it.

The Municipal Chief Executive of the area, Hon. Isaac Dasmani commended the chiefs and residents for welcoming the appeal by the Deputy Minister and the government and charged them to practice what he said.