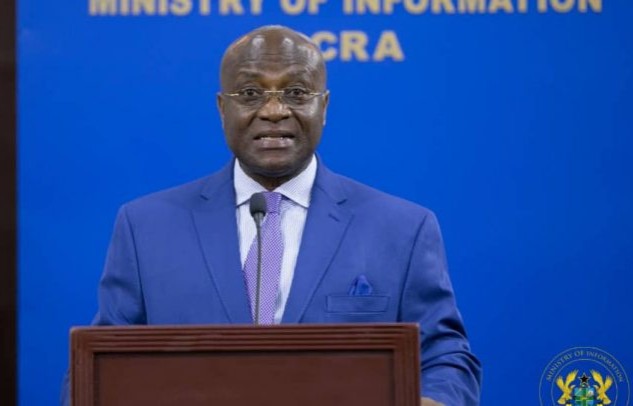 The Minister of Parliamentary Affairs and Majority Leader in Parliament Hon. Osei Kyei Mensah Bonsu has commended the government for promoting development through decentralization.

According to him, the creation of new municipal assemblies out of the Kumasi Metro has enhanced local governance and accelerated socio economic development.

This was after the passing of a Legislative Instrument allowing for their creation as well as the carving out of some municipalities from other assemblies and the elevation of some existing districts to municipality status.

This was followed by the Electoral Commission undertaking a field study into the viability of the creation of more Metropolitan, Municipal and District Assemblies.

The field study was to consider the population dynamics in the respective regions, the geographical or physical features of the areas, their economic viability, as well as ethnic and community interests.

Speaking on Ashh Fm’s National Agenda, The Suame Member of Parliament said he was the brain behind the creation of the new municipal assemblies from Kumasi Metropolitan Assembly.

According to him, his decision was that some constituencies within the Kumasi Metropolitan were lacking development and the challenges surrounding the common fund allocation hence the need to create new municipals to speed up development at the local level.

‘The government’s decision to create a new municipal out of the existing KMA is a major step towards the transformation of constituencies within the Kumasi metropolis.

Hon. Kyei Mensah Bonsu said his constituency had been short-changed for far too long due to large supervision of the then Kumasi Metropolitan Assembly, which had prevented efforts towards development across the Suame communities.

He explained that Suame Municipal now have administration that focuses primarily on addressing the development challenges confronting communities under their jurisdiction in the areas of sanitation, health, education, roads, among others.

‘’I am optimistic that the split of the  municipals has  opened up to a lot of development, especially in the area of job opportunities , road development among others ,now we  engage the ministries and agencies directly for projects,’’ he stressed.