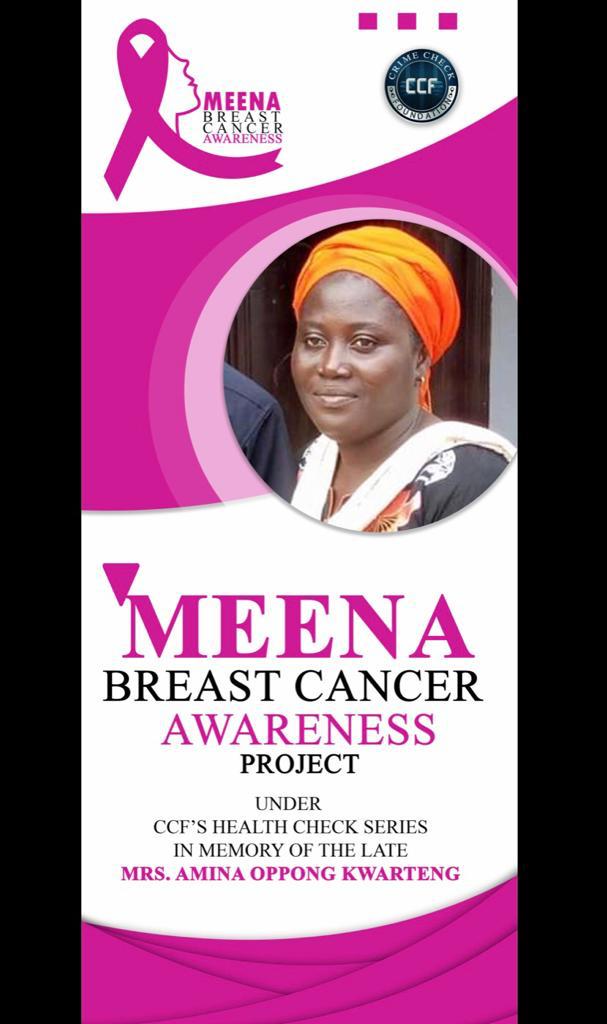 According to him, this project is an initiative birthed on the vision of his late wife who had intentions of championing awareness creation on the deadly Breast Cancer disease before her death by the disease.

“The aim of this project is to create awareness and sensitize the public on breast cancer through CCF’s various media platforms, and also encourage all breast cancer patients to come out and get proper treatment,” he said.

Per his observation, a lot of women refuse to speak up about their condition due to the stigma around the disease. He believes that with this project, “they will be able to reach out to many communities across the country, provide screening and financial support to breast cancer patients.

The Head of the Breast Cancer Unit at Korle Bu Teaching Hospital (KBTH), Dr. Florence Dedey has revealed that over 4000 women are estimated to have breast cancer annually and out them, 2000 die as a result of lack of treatment.

According to her, many different things can affect your chances of getting breast cancer there’s no single cause and it results from a combination of the way we live our lives, our genes, and our environment.

She, therefore, described, the idea that men should regularly message their wives’ breasts to them to detect early breast cancer cases as meaningless and idleness.

The event was also graced by actress and media personality Nana Ama Mcbrown, medical practitioners from the Korle-bu teaching hospital, Ghana Prisons Service Brass Band and many others.