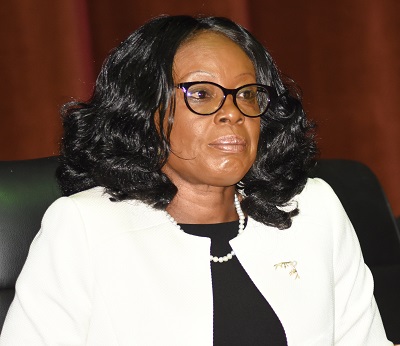 The Attorney-General and Minister for Justice Madam Gloria Akuffo has told Parliament the review of the docket of murdered investigative journalist Ahmed Suale has been completed and presentation of the case in the court is imminent.

Mohammed Ahmed Suale, a key character in the exposè Number 12 that implicated the former President of the Ghana Football Association (GFA), Kwesi Nyantakyi on corruption allegations was allegedly murdered by assailants in front of his home in Madina a suburb of Accra.

According to the Attorney-General after an initial review of the docket by a team of prosecutors, the police were requested on January 10th, 2019 to furnish the office with some further documents to facilitate the completion of the review.

Additionally, in March 2019, Tiger Eye was requested to furnish the team with an updated report covering all videos submitted to the office of the Attorney-General.

Gloria Akuffo added that eventually the documents requested from the police as well as the updated report from Tiger Eye were submitted by the police in May 2019.

The Attorney-General and Minister of Justice was answering a question filled by the Member of Parliament for Mion, Mohammed Abdul-Aziz, the status of the investigation of the compliant made by the President against Mr Kwesi Nyantakyi, former President of the GFA.