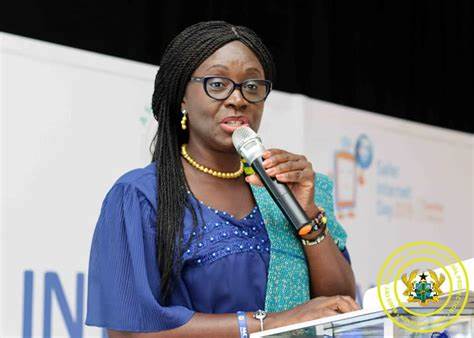 The Abuakwa North municipal Assembly in the Eastern region has offered educational scholarships worth GHC75,000 to 85 brilliant but needy tertiary students in the constituency.

The Member of Parliament (MP) for the constituency who doubles as the Deputy Minister of Education in charge of Technical Vocational Education and Training (TVET), Gifty Twum-Ampofo revealed that scholarships was meant to support the beneficiaries to climb higher the education ladder so that they would be useful to their families and the country in the future.

She made this known to the media during the meet the press, organized by the assembly at new tafo in the Abuakwa north constituency. The meeting was aimed at updating the general public on government projects and program implemented in their municipality from 2018 to date.

She noted that there was the need to develop the human resource capacity of the country to take up the future mantle for development in the country.

The Member of Parliament also noted that several classrooms blocks have been built, renovated and under construction to provide a good environment for pupils and students to study in the attachment area.

The Municipal Chief Executive for the Abuakwa North municipality, Owusu Twum Ampofo assured the community that several government projects were being done in the education, health, government, local economic development sectors among others in the municipality.

He stated that, the people of the municipality have not been left out of government flagship programme that 4848 students benefitted from free SHS of which 2275 were females and 2573 are males

.
Furthermore, 215 in municipality have been admitted to the Nation Builders Corp (NABCO), 597 farmers benefited from seed maize under planting for foods and jobs programme among others. He indicated that, currently, there is ongoing furnishing of a three unit classroom block for Roses M/A junior high school, construction of three unit classroom blocks for Efutukrom Methodist and many others in the municipality.

He said his municipality was fortunate that all the awardees attend various tertiary institutions in the country and extended his gratitude to government and hoped that this year; the number of beneficiaries would increase for more students to be captured.