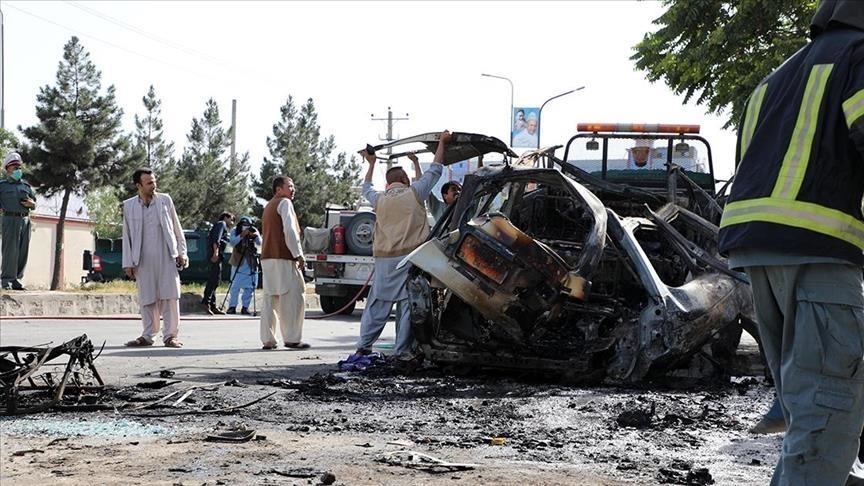 At least five people were killed in an explosion near the Afghan Ministry of Foreign Affairs on Wednesday, according to police in Kabul, in the latest sign of a deteriorating security situation in the country’s capital.

Five civilians were “martyred and a number of others were injured,” Kabul police spokesman Khalid Zadran wrote on Twitter, adding that the perpetrators would be found and punished.

Zadran did not say how many people were injured, though the humanitarian organization Emergency said its surgical center in Kabul had received more than 40 patients following the blast.

“This is the first mass casualty in 2023, but certainly one of those with the most patients since the beginning of 2022. So much so that we have also set up beds in the kitchens and canteen,” Emergency’s Afghanistan director Stefano Sozza said in a statement.

ISIS’ local affiliate, ISIS-K, claimed responsibility for the explosion, which it described as a suicide bomb attack.

Without providing evidence, ISIS’ Amaq news agency said the attack killed 20 people after an ISIS-K militant detonated an explosive belt in the middle of a crowd of workers near the main gate of the ministry. CNN cannot independently verify the claim.

The United Nations Assistance Mission in Afghanistan condemned the attack in a statement Wednesday.

“Rising insecurity is of grave concern. Violence is not part of any solution to bring lasting peace to Afghanistan,” it wrote on Twitter.

Since the Taliban took control of the country in August 2021, there have been multiple attacks in Kabul that have claimed dozens of lives.

In September last year, a suicide bomber killed at least 25 people, mostly young women, at an education center in Kabul.

In August, an explosion at a mosque during evening prayers killed 21 people and injured 33.