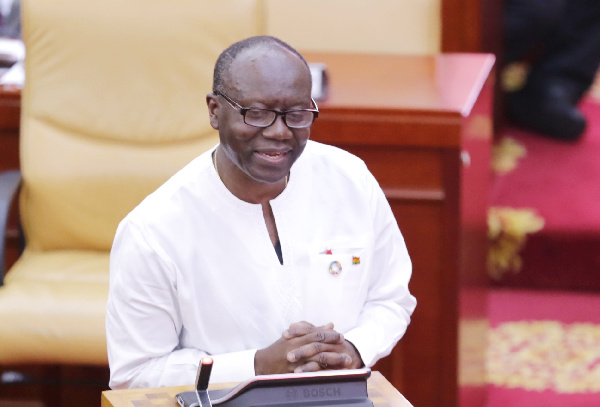 An amount of GH¢27.4 billion has been requested by the Finance Minister from the government intended towards expenditure of the first quarter of 2021.

The request was made when Finance Minister Ken Ofori-Atta appeared in Parliament on Wednesday, October 28, 2020.

The budget presentation which is known as the Expenditure in Advance of Appropriation forms part of a mandated practice usually conducted in election years.

Speaking on the floor of Parliament, Finance Minister Ken Ofori-Atta  noted that, “That this Honourable House approves by resolution, the withdrawal of the sum of twenty-seven billion, four hundred and thirty-four million, one hundred and eighty thousand, five hundred and twenty Ghana cedis (GH¢27,434,180,520.00) from the Consolidated Fund.”

The request made by the Finance Minister is intended to prevent transitional encounters in the affairs of the central government for the first three months after the general election.

The Public Financial Management Act (2016) requires the Finance Minister to present the budget for the upcoming year to Parliament for approval before that year begins.