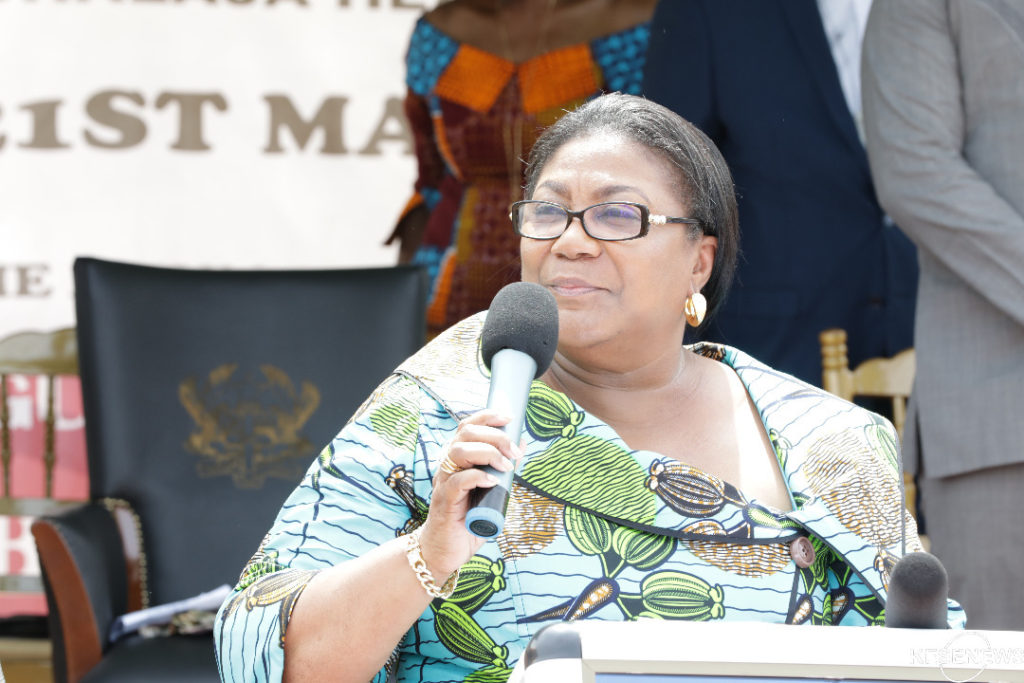 The First Lady of the Republic of Ghana H.E. Mrs. Rebecca Naa Okaikor Akufo-Addo has called for the application of advanced technology in delivering potent health care in the country, emphasising that with the constant mutation of diseases, it was imperative to apply advanced technology to combat diseases.

Mrs. Akufo-Addo made the observation when she visited the Headquarters of Terumo Corporation, a leading medical devices manufacturer in Tokyo, Japan.
Accompanied by Ghana’s High Commissioner to Japan, H.E. Frank Okyere and Deputy Minister for Foreign Affairs Hon. Charles Owiredu, Mrs Akufo-Addo was taken on a guided tour of the Company’s facilities where she was shown various health care structural settings and technologically advanced medical equipment produced by Terumo Corporation.

The First Lady was particularly impressed with the Company’s development of the Mirasol pathogen reduction technology system (PRTS). The Mirasol PRTS is a method by which infectious pathogens in blood transfusions are inactivated thereby reducing the infectious levels of disease-causing agents that may be found in donated blood components.

In Ghana, the Mirasol PRTS which has been employed at the Komfo Anokye Teaching Hospital has proven to be effective in significantly reducing the incidence of transfusion-transmitted malaria in recipients.

With more than one-third of maternal deaths in Africa resulting from severe bleeding during delivery or after childbirth, Mrs Akufo-Addo said the use of the Marisol PRTS will ensure that blood is cleansed of infectious pathogens thereby enduring its safely for patients, especially expectant and new mothers.

Citing unfortunate instances where innocent mothers, babies, and other recipients have been infected with various diseases via blood transfusion, the First Lady said The Rebecca Foundation will work closely with Terumo Corporation to ensure that the Marisol PRTS is employed in various medical facilities as a way of reducing the incidence of transfusion-transmitted diseases to mothers and children.

She disclosed that as part of efforts to ensure safe blood transfusion, the Ghana government was examining the passage of a Blood Services Bill to ensure that all blood transfusions and blood work meet a certain standard of scrutiny, and expressed the hope that technologies such as the Marisol PRTS would be employed to by health facilities to ensure that collected blood meet the right standards.

On behalf of the Ghanaian delegation Deputy Minister of Foreign Affairs, Hon. Charles Owiredu thanked the management of the company for the tour and expressed hope of close co-operation between the government of Ghana and Terumo Corporation in the area of advanced technology in health delivery.