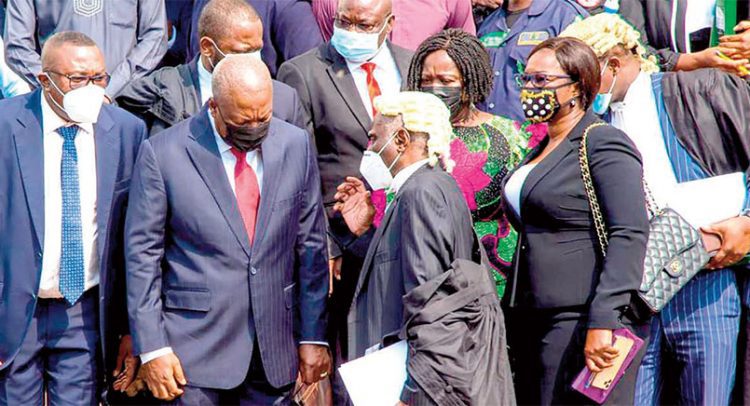 The NPP UK Branch is calling on former President Mahama, Asiedu Nketia, and the entire NDC party to apologize to the Supreme Court Judges, and the good people of the Republic of Ghana, for deceiving the entire nation.

As a group, we find this development very worrying considering the content in the leaked audio which in the words of Mr. Johnson Asiedu Nketia, confirmed their party had no collated results. Hence without any substantial basis to proceed to court, and describing the election as rigged in favour of the 2nd respondent. He went further to confirm their lead counsel Lawyer Tsikata according to the said audio, had gone ahead to advise them not to proceed to the court since there was nothing substantial to rely on with the information at their disposal.

With members of the NDC party were thrown onto the streets with claims by their leadership of election rigging, which almost brought the country to a standstill but by the timely intervention of the security agencies. It is therefore necessary for the above-mentioned names to apologize and exhibit patriotism and care, especially as a group and persons that seek to lead the country and its people.

Their conduct could have easily put the entire country in flames. It is on this basis we as a political group in the UK, is calling for the NDC party and its leadership to apologize to the good people of Ghana.

Mr Johnson Asiedu Nketia was severally asked about actual figures obtained by His candidate and could not produce but only gave a cheeky answer that “they did not present that as their case but they had it”. Knowing he had sworn on the Holy Bible in court to be truthful, he clearly deceived the court knowing he and his team couldn’t even collate simple results.

Sadly, the situation was compounded when former president Mahama with all his public life experiences, publicly described the Supreme Court Justices as Unanimous FC. This was the lowest any state official could go, let alone a former President. There are several efforts to repair the long-compounded existing perception of our state institutions and their conduct.

Such irresponsible comments further threaten the foundations of the state democratic systems, and should never be encouraged by any political group.

On this basis, we find it very important the former President and his NDC party apologize to the Judges first, and then to the good people of Ghana.

If former President Mahama truly care about Ghana and mean well, then assuming he was misled, he should apologise to the very people he led and the institution that worked under his leadership.

We do believe no group or persons with such conduct and actions should be allowed close to the corridors of power as a serious country. We on this basis are calling on former President Mahama, Johnson Asiedu Nketia, and the entire NDC party to apologize to the Supreme court Judges and the good people of Ghana for deceiving the entire country about the alleged 2020 election rigging when indeed they had not even collated their results to have a basis to even start with their petition.

We hope all well-meaning Ghanaians and other social, religious and political organizations, as well as other civil society organizations, will join this call to ensure the NDC and its leadership do the needful. It is about time people are held accountable in all they do.
Thank you. 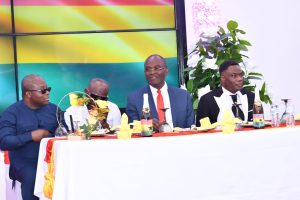