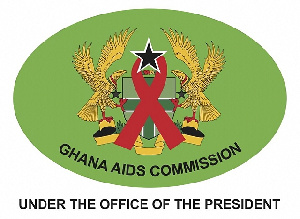 According to a 2018 national HIV estimates and projections records, adult HIV/AIDS prevalence rate in the country has been pegged at 1.69 per cent. The Ghana Aids Commission (GAC), which conducted the research, said the Ahafo Region recorded the highest prevalence of 2.66 per cent, with the North East Region recording the lowest prevalence of 0.39 per cent.

The Greater Accra Region recorded the highest estimated number of people with new HIV infections of 4,593.

Kyeremeh Atuahene, the Acting Director-General of the Ghana Aids Commission (GAC), called for the intensification of efforts at a media briefing on the 2018 National HIV estimates and projections in Accra on Wednesday.

Kyeremeh Atuahene also added that, although Ghana was doing well in its efforts to achieve the World Health Organisation’s 90-90-90 targets of ensuring that all persons infected with HIV were tested to know their status, put on treatment, and that all those receiving Arts attained viral suppression, and reiterated there was more to be done in order to achieve the set objective by 2020.

Kyeremeh Atuahene further added that multiple sources were used to generate data for the spectrum, which brought the total national adult prevalence of HIV to approximately 1.7 per cent, compared to the 2.0 per cent recorded in 2014 in the Ghana Demographic and Health Survey (GDHS).