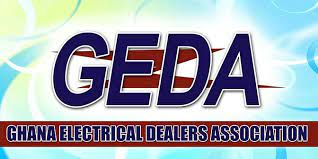 Hundreds of members of GEDA today held a press conference at Opera Square to inform authorities about the unexpected and unwarranted evacuation exercise. Many believes that the Accra Metropolitan Assembly is responsible for this but others have different view.

The leadership of the group led by Mr Adu who serves as the vice president of the group believes that there could be an invincible hands behind this menace and urged those in authority to intervene in this plight.

Another dignitary who spoke on this matter this morning is Mr Yeboah who is the GUTA National Welfare manager, Mr Yeboah displayed his disappointment in the leadership of AMA and those in authority because these people are registered members who pay their dues to the nation .

He further proposed that the leadership of GUTA, GEDA and AMA should sit down to dialogue on this issue to ensure that sanity prevails.