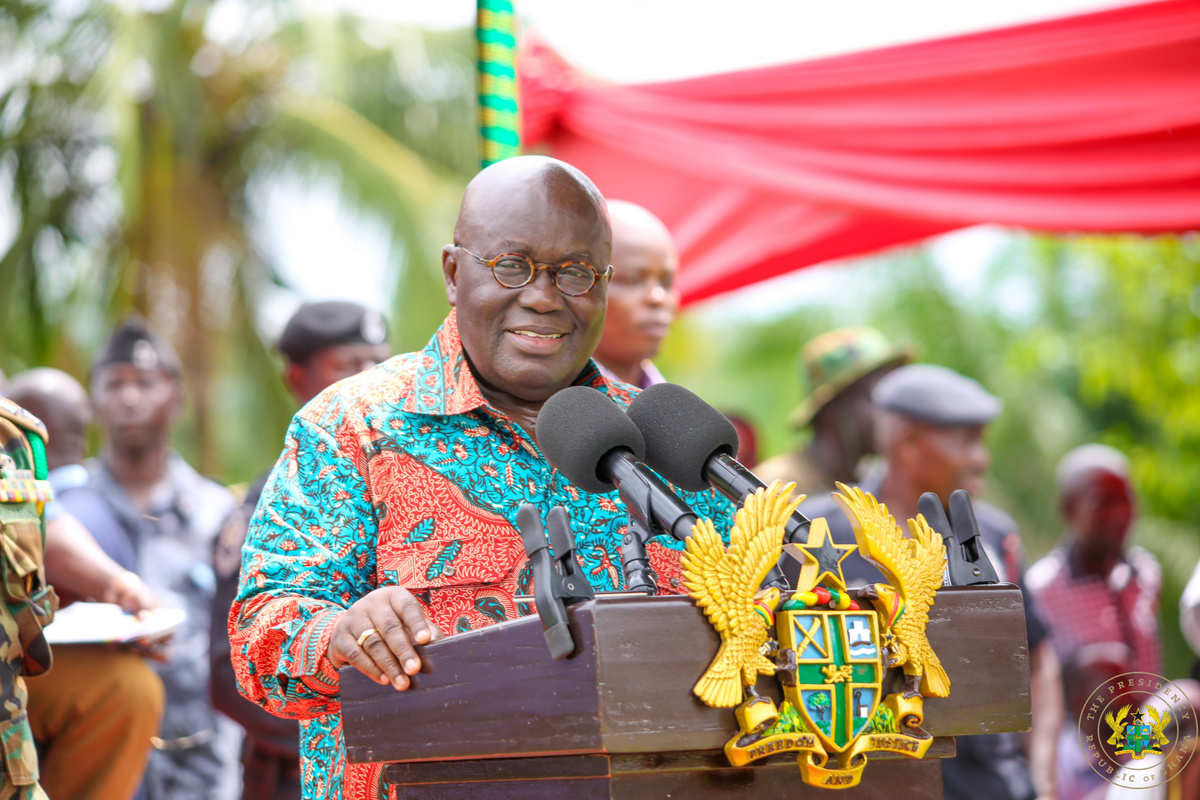 Ghana is a haven of peace – President Akuffo Addo

“Ghana is a haven of peace, security and stability, indeed, the safest country in West Africa. Legitimate investments are protected. We are a country where the principles of democratic accountability and respect for the rule of law, individual liberties and human rights are now firmly entrenched in our body politic, and where the separation of powers is real in promoting accountable governance under the rule of law.”

These were the words of the President of the Republic, Nana Addo Dankwa Akufo-Addo, on Tuesday, 9th July, 2019, at the France-Ghana Business Forum, held at the Ministry for the Economy and Finance, in Paris, as part of his official visit to France.

President Akufo-Addo told the gathering that his administration has resolved to build a progressive and prosperous country, and is drawing inspiration from the success story of countries around the world.

According to him, his government have also decided to walk hand-in-hand with the private sector and the business community in this journey.

This because his government have the conviction that the role of the private sector in the development of our national economy is crucial.

President Akufo-Addo told the gathering that since assuming the reins of office some two and half years ago, his government has put in place measures needed to reduce the cost of doing business, and improve the business environment.

Adding that, Already, global car manufacturing giants, Volkswagen of Germany, Sinotruk of China, Nissan and Toyota of Japan, and Renault of France, are working to establish assembly plants in the country. Energy giant, ExxonMobil of the United States of America, is establishing an office and base in Ghana. Google has established the first Artificial Intelligence Centre in Africa in Ghana, and Norway’s energy giant, Aker Energy, has, in the time of President Akufo-Addo, made discoveries of substantial offshore oil and gas deposits.
President Akufo-Addo urged the business community in France to take advantage of the growing business-friendly climate in the country to invest in Ghana.

He said Regardless of where the investment is, government has instituted a number of incentives for the investor, depending on the nature of the activity, or the location of the investment.

Some of these incentives, the President said, include exemption from payment of import duty for plant and machinery; 25 per cent tax rebate for companies located in regional capitals; 50 per cent tax rebate for companies investing outside regional capitals; zero percent corporate tax for ten (10) years, and, thereafter, 8 per cent for companies in the Free Zones enclave; full repatriation of dividends and profits; transfer of funds to service foreign loans; and laws against arbitrary confiscation of company or investment.