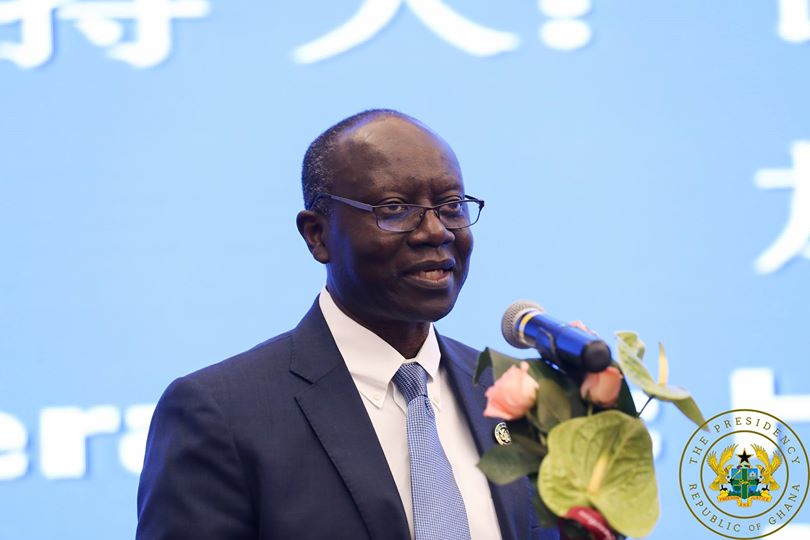 Ghana is selling the longest-dated Eurobond ever issued by a sub-Saharan African government as part of a debt issuance to raise $3 billion.

The government launched the sale of a $750 million tranche, which will amortize and have an average life of 40 years at a yield of 8.875%.

The yield for the longest-maturity instrument dropped from the initial guidance of 9.125% and is the highest-yielding sovereign Eurobond of the year so far.
A delegation led by Ghana’s Finance Minister, Ken Ofori-Atta ended their roadshow on Monday, interacting with investors from Europe and North America.

The government is hoping to receive favourable bids as it marks its eighth appearance on the Eurobond market.

Before the roadshow, Moody’s credit rating agency revised Ghana’s economic outlook from stable to positive. This is an affirmation of the government’s much-touted macroeconomic stability achieved during and post International Monetary Fund (IMF) bailout programme.

This upgrade is expected to allay the fears of investors regarding the management of the economy post the IMF-era.
It is expected that with this outlook the bond will attract yields that are ‘favorable’, preferably below the 8% mark.

The last time the government went to the market, it sold bonds in three tranches at various maturities as well as different coupon rates. The three-part deal came with average maturities of seven, 12 and 31 years.
The shortest tranche was priced to yield 7.875%, while the other tranches were priced at 8.125% and 8.95% respectively.

Ghana is also optimistic it could sell one of the best-priced bonds because Gabon which is another oil-producing nation rated Caa1 with a positive outlook, issued a 5-year bond which attracted yields below 7%.