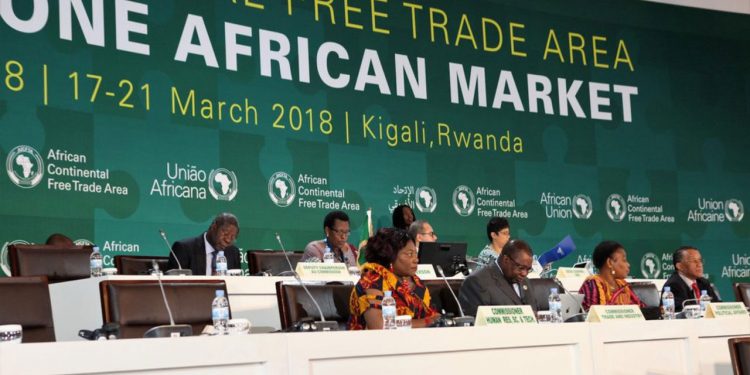 Government on Tuesday announced that the nation is ready to host the African Continental Free Trade Area (AfCFTA) despite the COVID-19 pandemic.

The AfCTA is a free trade area created by the African Continental Free Trade Agreement among African Union nations, with its secretariat to be based in Accra.

In a statement by the Minister of Foreign Affairs and Regional Integration, and the Chairman of the Parliamentary Committee on Trade, Industry and Tourism to mark Africa Integration Day, which falls on July 7, they gave the assurance that the nation was ready to host the AfCFTA despite the COVID-19.

At the 12th Extraordinary Summit of the Heads of State and Government of the African Union in Niamey, Niger, on 7th July, 2019, the operational phase of AfCFTA was launched, and the summit decided that July 7, every year, should be designated as “Africa Integration Day.”

The day is not to be observed as a holiday but it is to commemorate the operationalisation of the AfCFTA and to promote economic integration across the continent.

It is intended to celebrate the progress made in the implementation of the African Integration Agenda, including the African Continental Free Trade Agreement and its achievements.

It is also to galvanize and mobilize Africans within the Continent and abroad, towards accelerating and fully operationalising the ideals and objectives of the African Economic Community as enshrined in the Abuja Treaty of 1991, which, since its coming into effect in May 1994, has ensured major strides towards an integrated continent.

Joining in the celebration of the 2020 edition of the day, Ms Shirley Ayorkor Botchwey, the Foreign Affairs and Regional Integration Minister, in a statement said significant milestone was reached with the coming into force of the Agreement establishing the AfCFTA.

The Minister, therefore, called on all stakeholders to be focused and passionate in pursuing the AfCFTA agenda.

However, the COVID-19 pandemic had affected the start of operations of the AfCFTA Secretariat in Accra, which was scheduled for the end of March 2020 as well as the commencement of trading under the AfCFTA on July 1, 2020, she said.

Nonetheless Ghana has discharged her obligations to ensure the smooth operationalisation of the secretariat.

Nana Marfo Amaniampong, the Chairman of Parliament’s Committee on Trade, Industry and Tourism, observed that the COVID-19 had caused a fall in the demand for Africa’s commodity exports and further threatened food security.

However, it was opening up local production of personal protective equipment among other products, which called for enhanced production for export after the pandemic.

Nana Amaniampong indicated that Ghana was ready to host the AfCFTA despite the Covid-19 and called on African leaders to take advantage of these difficult times to diversify industries and transform their economies for sustainable development.

Contributions by Mr Haruna Iddrisu, the Minority Leader and MP for Tamale South, also a former Minister of Trade and Industry, and Mr Joseph Yieleh Chireh, MP for Wa West, underscored the need to boost intra African trade through the removal of internal trade barriers. 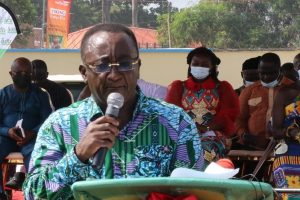