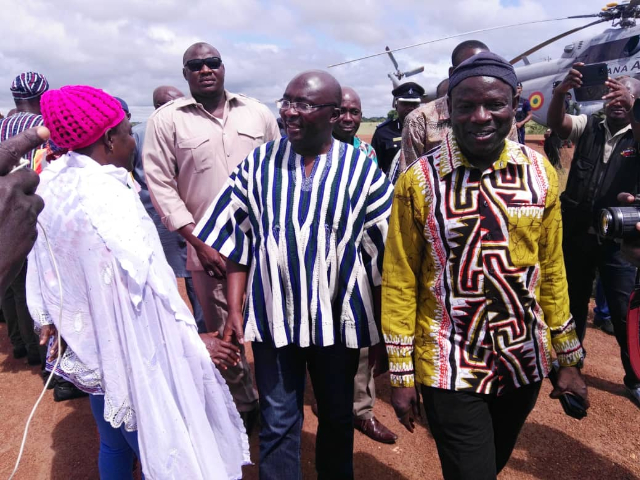 The Vice President Dr. Mahamudu Bawumia on 4th January, joined the Ameer and brothers and sisters of the Ahmadiyya Muslim mission for the 88th National Annual Ahmadiyya Convention at Pomadze, Central Region.

He congratulated the Ahmadiyya Muslim community for their continuous efforts towards the building of peaceful co-existence across all faiths.

Speaking to the theme of the convention, which was around corruption, I noted that government is deploying a multi-faceted approach to the fight against corruption through legal and regulatory frameworks, government’s increased budgetary allocations to accountability institutions, digitization, improvements in the justice systems, tightening of procurement processes to reduce the incidence of sole-sourcing and prosecutions.

Dr. Bawumia indicated that Gradually, government digitization efforts such as the introduction of digital driver’s licence, automation of passport applications, paperless ports systems, renewal of NHIS membership, land digitization, and so on are disrupting corruption in the public sector.