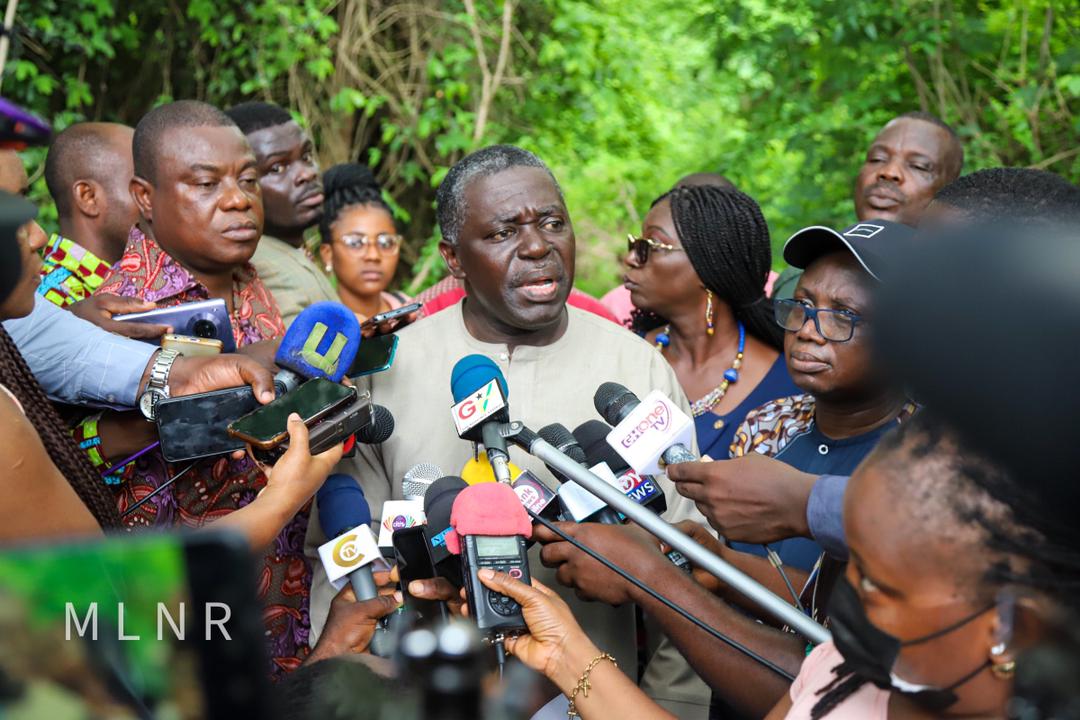 Hon. Benito Owusu Bio, the Deputy Minister for Lands and Natural Resources, responsible for Lands and Forestry, has reaffirmed the government’s resolve to protect the Achimota Forest.

“The Achimota Forest has not been sold, it’s not for sale and will not be sold. It is intact” he assured.

He continued that the Forest itself has not been declassified but rather the peripherals which he said the Owoo family is constitutionally entitled to as compensation.

According to the Deputy Minister, given the monetary value of the parcel of land, the government would have paid more in compensation to the custodial owners of the portions in EI 144.

“Government is also committed to ensuring that whatever happens to the peripheral potions of the land, did not affect the ecological integrity of the forest” he pointed out.

Speaking to the media during a tour of the Forest, on Thursday 19th May 2022, the Deputy Minister explained that the media tour is specifically to show the general public the various activities currently ongoing in the Forest to maintain its integrity and structure of it.

As part of efforts to maintain the Forest, Hon. Benito said different species of trees including Melina trees have been planted to give a border to the forest reserve and protect it from intruders and also and make it much greener.

He continued, that aside from the afforestation drive, there are many other efforts the government is embarking on to conserve the forest, which is contrary to the reports being circulated.

He also re-echoed the government’s intention to revamp the forest into a national park where Ghanaians can visit to enjoy the beauty of nature, as seen in other parts of the world.

The Deputy Minister said the Achimota Forest remains an integral part of the government’s plan to protect the ecosystem and the vegetative cover of the country.

Hon. Owusu-Bio also said moving forward, all prospective plans of government regarding the Achimota Forest will be handled with utmost transparency and integrity.

He also used the tour to call on the media and the public to support the government’s flagship afforestation program, the Green Ghana Day scheduled for June 10th 2022.

The CEO of the Forestry Commission, Mr John Allotey said the trees in the Achimota Forest could be classified as shrubs but the commission through the Youth in Afforestation Program has been planting trees since 2017 to make it “a real forest reserve”.

The CEO also led the team to visit trees planted during the 2021 Green Ghana Day including that of the sector Minister, Hon. Samuel A. Jinapor is doing very well.

On the tour, the media got the opportunity to see firsthand, seedling preparations for the Green Ghana Day.

The team also visited the nursery where the CEO of the Forestry Commission said there are over 100 nurseries of that kind nationwide, prepped and ready for the June 10 Green Ghana Day.