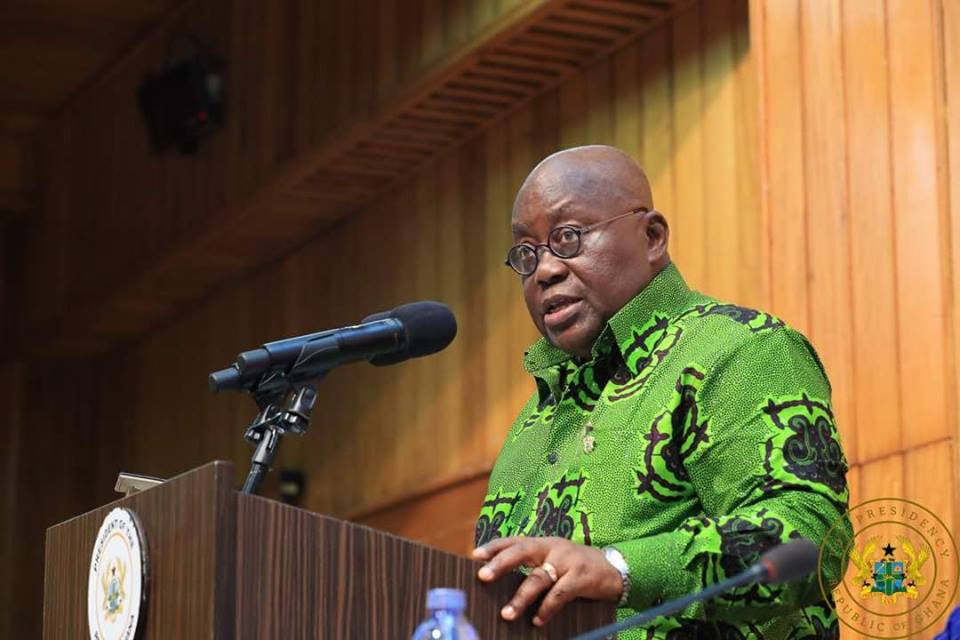 President Nana Addo Dankwa Akufo-Addo has given signals that the government will consider the removal of the death penalty from the country’s statute books.

He said the suggestion by Amnesty International (AI) that five out of the six offences that qualify for the death penalty could easily be removed through the parliamentary process was something worth considering by the government.
The sixth offence, which is treason, could only be removed by referendum which is an entrenched clause.

President Akufo-Addo gave the commitment when members of the Ghana section of AI paid a courtesy call at the Jubilee House on Friday.

Initiating the interaction, a member of The Coalition against the Death Sentence, and AI Ghana, Martin Kpebu, said on the abolition of the death penalty, there had been a Supreme Court pronouncement on the issue and that the highest court of the land suggested an Act of Parliament to deal with it.
Another member of AI International, who spoke on the congestion in the prisons, Samuel Agbotsey, commended the President for granting amnesty to 1,076 prisoners.

“I want to signal to you that definitely the ideas you have put forward on that [death penalty] are interesting, and I will have a close look and if indeed the consensus within government goes down on that path, so be it. Rightly, the issue of treason is different,” he added.

Amnesty International suggested that the death penalty was an affront to the fundamental human rights of the people and could easily be replaced with life imprisonment without parole.
President Akufo-Addo noted that the abolition of the death penalty had attained global discussions with a lot of countries coming to terms with it.

“I think that the solutions they are proposing is ingenious, in that five out of six offences can be dealt with by statutory enactment,” the President posited.

He gave an assurance that the ministers of justice and for the interior, and the heads of the various security agencies would brainstorm and bring some suggestions to cabinet for a decision.

He was of the view that when the issues were laid before Parliament, it should go not as a party issue with party whips but it should go on a free vote so that people could express their views and not be driven by the whip of the majority party.

President Akufo-Addo said the congestion at the country’s prisons was unacceptable and noted that while resources were being sought to build new ones, moves would be made to assuage the conditions.

President Akufo-Addo noted that the government was considering the possibility of increasing non-custodial sentences and that very soon it would make a pronouncement on it.
That, he said, was because it would not only ease congestion but enhance reforms