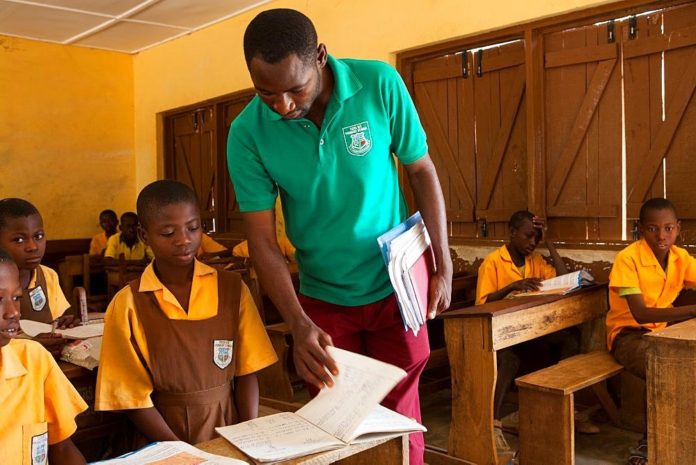 Gov’t Would Not Shutdown Schools-Education Minister

The Minister of Education, Dr. Mathew Opoku Prempeh has strongly kicked against calls on the government to rescind its decision to reopen schools for final year students.

The minister, who has recovered from a COVID-19 infection after spending two weeks on admission at the University of Ghana Medical Center, made his argument on Peace FM’s Kokrokoo monitored by GhanaWeb, Thursday.

“To what extent should we close the schools? Nobody contracted the virus in the schools, they brought it from home. When you look at the protocols and consider isolation and quarantine, which place would be better to isolate and quarantine. For those saying we should close the schools, I don’t agree with them today or tomorrow. What is important is that the teachers and headmasters adhere to the protocols,” he said without equivocation.

Gathering more arsenals to defend his position, the minister said even though the virus exists, there is still the need for every Ghanaian to play their respective roles in ensuring national growth while adhering to the safety protocols.

He said: “Who should go and work at the ports to generate revenue for people to be paid with. You are getting paid for your work and you say because of COVID you won’t get to work. If you don’t go to work who should work for you to be paid every month. That also does not mean when you go to work you shouldn’t protect yourself from COVID-19. We must go to work and we must protect ourselves and others from contracting the virus.”

According to the minister, there is a need to keep the economy running in order to sustain it.

He argued that: “Being a minister who has tested positive for the virus, should I stop going to work or because I am the minister for education and I have tested positive so schools should be closed down, to what extent. It is true that the virus has become rampant with some countries recording 50 thousand cases a day and there is a difference between having such a situation here and calling for a lockdown or restriction of movement.”

Napo, as he is affectionately called, stressed that whiles there is the need to keep schools open, government will not relent on closing down the schools if the country’s situation goes beyond the extreme.

Government as part of easing COVID-19 restrictions directed the reopening of schools for final year students in various education cycles across the country.

Three weeks down the line and there have been reports of infections being recorded in some schools. Accra Girls SHS has recorded six infections while a teacher and his spouse are also reported to have been infected.

Mpreaso Senior High School in the Eastern Region is also reported to have recorded 9 suspected cases with the students placed in quarantine pending the outcome of their test results.

There have been several calls on the government to consider closing down the schools with arguments being advanced that students and teachers are being put at the risk of contracting the virus.