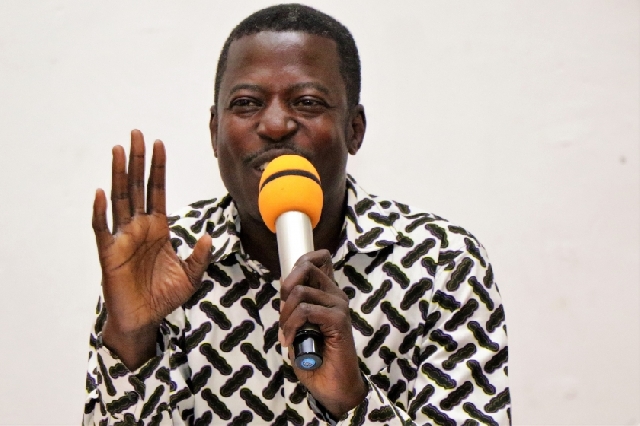 I Have Not Assaulted, Threatened Any Delegate – Bantama MP

The Member of Parliament  for Bantama, Daniel Okyem  Aboagye has  denied  ever  assaulting  a delegate  in his constituency emphasizing  that he is not at war  to warrant  an assault let alone threaten  any of  his constituents.

The MP says he is too big and above petty  squabbles  to indulge  in assaults  and  threats  against delegates  and  members of the public in general.

A Julius Kyei Sekyere, a delegate claims the MP assaulted him last Sunday near his church at Adoato  without any provocation.

But the MP has denied the allegation saying it is part of a grand scheme to tarnish his image.

According to the MP ,  while  on an inspection of a bridge project  at Adoato,  he chanced upon  a  group of people  and  decided  to say hello out of courtesy in order to make it look like he had ignored them.

Mr. Okyem Aboagye said getting closer to them, he realized the group consisted of a pastor and elders of the church. While  exchanging pleasantries , he noticed Sekyere was part of  the  group  and  complained that  he did not  want  to  engage them in any formal  interaction  because of Sekyere  who he accused of constantly insulting him on various  Bantama NPP platforms.

The MP also  explained  to the group that having failed to sponsor his Master’s degree  programme in Germany,  Sekyere thought it necessary to beef  him having benefited  a one week trip  to  China by  another benefactor hence the alleged insults.

Sekyere  who felt  exposed  by the MP in attempt  pounced on the  MP  who stood by his vehicle  but managed  to push him away  in defense.

Rev.  Adjabeng Fofie  of  Christ Apostolic Church at Adoato,  swiftly intervened  to avoid  any confrontation  and settled  the hostilities  between the MP and Sekyere  and promised  to settle  the rift  between the two.

The pastor has  confirmed  the confrontation and  admitted having amicably settled  the  issue  and wondered  why Sekyere  had  gone  to the police  and  media.

Reacting to a claim of threat  by one Nana Achiaa, the MP said Achiaa together  with her daughter  had approached  him for support. As a delegate he felt obliged  to help and parted with GHc500 .00  for Achiaa and a further GHc100.00 for her daughter.

According  to him, Achiaa  who had benefited  from a GHC2,000.00 package  decided  to  switch camp and  resorted to making false allegations  against him after  he had told her God  would  defend his bid. “If  indicating  my  trust in God in my bid is a threat,   so be it” he stressed.

The MP has also denied  that  the Sofoline Police  has invited him on any charge of assault.

Seeing the adversaries a calculated  attempts by his political opponents to tarnish   his  image, the MP trusted  that no weapon fashioned  against  him  would prosper.

He said he was more focused on executing  the over 120 projects and programmes  to push the development agenda of the President and the government for the Bantama constituency.

Mr. Okyem Aboagye said with record of almost 89% votes at the last elections and his performance both at the constituency and in parliament coupled with his role in government , he would be  the last person  to denigrate the Presidency.

The Bantama  MP has therefore urged the  public  to disregard  unfounded allegations  and attempts  by his opponents  to tarnish his hard won reputation in politics  and private enterprise.