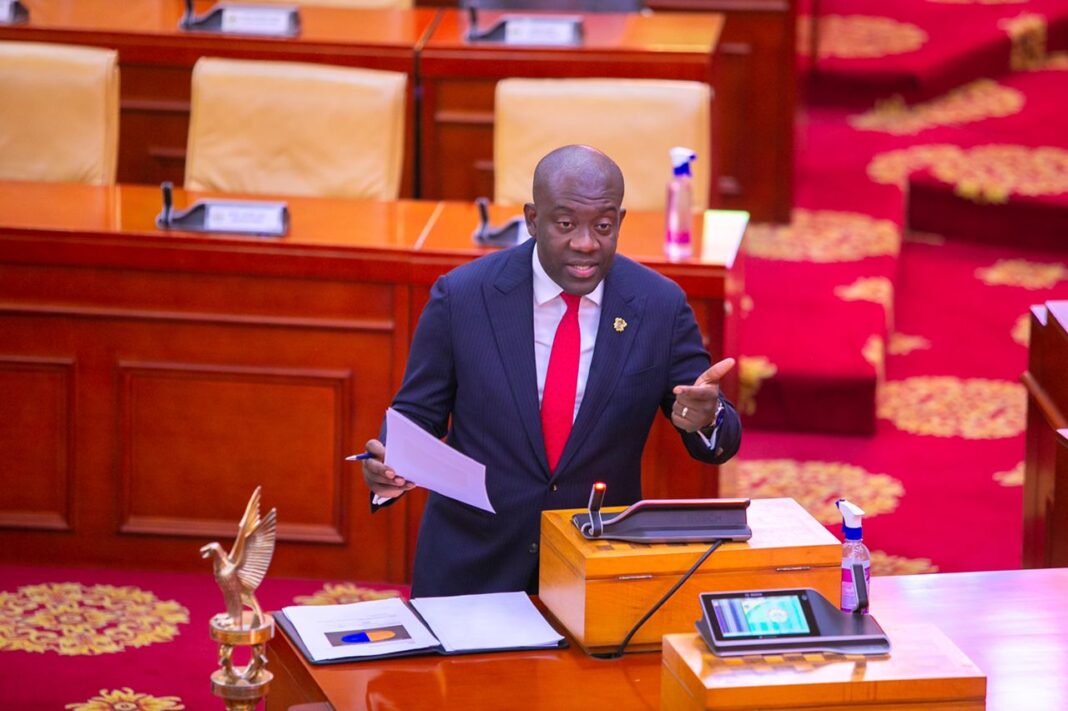 Information Minister Kojo Oppong Nkrumah has said he is hopeful that the New Patriotic Party (NPP) lawmakers will have all their members in parliament shortly to enable the business of government including passing the E-levy, done smoothly.

He noted that it is public knowledge that one of the NPP legislators has been absent from Parliament but, he expressed optimism that this matter will be resolved shortly.

“It is a matter of public notice that we haven’t had the full complement of our members in recent weeks. We are hopeful that that will be resolved shortly,” he said.

“I think it is public knowledge that we have not had one of our members with us but we are hopeful that will be resolved shortly. . I am hopeful that in the end, we will have the complement we need to get the business moving,” the Ofoase Ayirebi lawmaker stressed while speaking on the Good Evening Ghana programme on Tuesday, March 22.

Some members of the NPP believe Dome Kwabenya Member of Parliament, Sarah Adwoa Safo is sabotaging the government by not being present in Parliament.

For instance, the Member of Parliament for New Juabeng South, Micheal Okyere Baafi, said she is making the work of the government in Parliament difficult.

“All the problems the government is facing are attributable to Adwoa Safo. Clearly, her intention and posture show that she wants to sabotage NPP,” he said on Kumasi-based Hello FM.

He said that the Minister of Gender, Children and Social Protection has failed in life for requesting that she should be made a Deputy Majority Leader in Parliament.

He wondered why a cabinet minister will now want to occupy a position that is below the rank of a Minister.

Speaking on the rampant absence of Adwoa Safo from Parliament, Mr. Agyapong, who has two children with her, said: “She says she wants to be Deputy Majority, that woman has failed in life. A whole cabinet minister now demanding that she should be made a Deputy Majority Leader before she comes, she should go to hell.

“You don’t come to Parliament and you are on TikTok dancing? Dome Kwabenya is not for Apostle Kwadwo Safo, get it straight. I am very furious because people are insulting me because I went there to campaign for her. Mike Oquaye the Speaker, the man that I respect very well, I campaigned against his son because Adwoa used my kids, calling me and begging me to help her. And now everybody is insulting me for doing that but I have not regretted it, she is very responsible when it comes to the kids,” he said on GTV Monday, February 21.

Asked how many days she has been absent from Parliament, he answered: “More than 15 days and the law says 15 days.”

Asked again whether Ghanaians should expect her seat to be declared vacant, he said: “Why not? She should go and contest on TikTok.”

Some members of the New Patriotic Party (NPP) believe she is sabotaging the government.