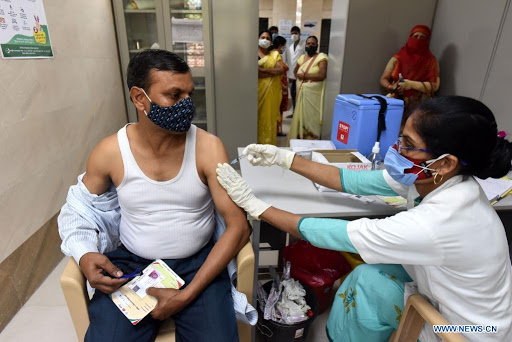 India has reported a record 200,739 COVID-19 cases over the last 24 hours, according to data issued by the health ministry, as many hospitals treating coronavirus patients reported severe shortages of beds and oxygen supplies.

Deaths stood at 1,038, taking the total to 173,123, the data showed on Thursday. The country’s total caseload reached 14.1 million, just behind the United States that leads the global tally with 31.4 million cases.

Thursday’s surge was the seventh record daily increase in the last eight days and comes as India battles a massive second wave of infections that has its epicentre in the economically significant state of Maharashtra, home to Mumbai. The western state accounts for about a quarter of the country’s total cases.

Due to the surge in cases, there has been huge stress on the country’s fragile health infrastructure, with many areas reporting shortages of intensive care (ICU) beds and oxygen cylinders in several states.

Hospitals and doctors in Maharashtra as well other regions including Gujarat and Delhi in the north reported chaotic scenes as healthcare facilities were overwhelmed with a surge in admissions of COVID-19 patients.

“The situation is horrible. We are a 900-bed hospital, but there are about 60 patients waiting and we don’t have space for them,” said Avinash Gawande, an official at the Government Medical College and Hospital in Nagpur, a commercial hub in Maharashtra.