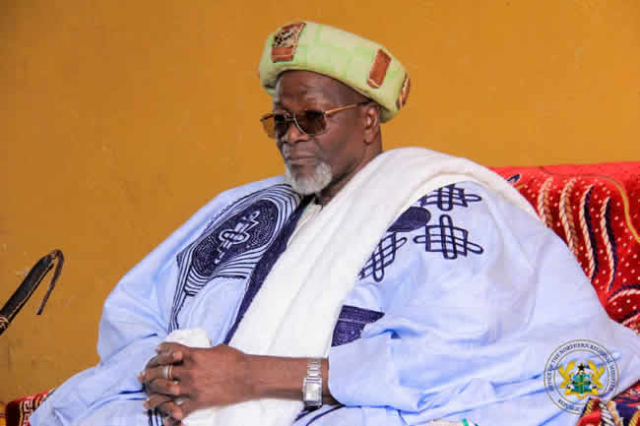 Ya-Na Abukari II, the overlord of Dagbon has advised politicians to use decent Language in their political campaigns for the December 2020 elections as it is God who chooses leaders.

He said as they campaigned nationwide to win the elections, God had already chosen the leader for the nation and reminded them that using of harsh language could result in conflicts. He said people who did not have faith in God would not believe that He (God) chooses a leader.

Ya-Na Abukari who gave the advice when members of the Yendi Peace Centre called on him at the Gbawaa palace reiterated the need for them to campaign based on policies.

Using himself as an example, he said when the late Ya-Na Yakubu Andani II enskinned him as Kpankpano Na, he later appealed to him for other skins in Dagbon and was not given.

He commended members of the Yendi Peace Centre for their efforts in promoting peace in Yendi and Northern Region as a whole since 1994 during the Northern Region conflict.

He said when he was the chief of Kpankpano, he attended peace centre meetings at the residence of Bishop Boi-Na, Bishop of Yendi to discuss peace in Yendi and Northern Region as a whole and during the 1994 conflict, members of the centre risked their lives moving from community to community talking about peace in various conflict areas of the region.

He said during the 2002 Dagbon chieftaincy conflict, the Yendi Peace Centre throughout 2002 again worked for peace until they performed the funeral of the two Overlords and attributed their success partly to their efforts and appealed to them to continue with their good work in this year’s elections.

Bishop Vincent Sowah Boi-Nai, Catholic Bishop of Yendi thanked Ya-Na for granting them audience and prayed for God’s wisdom for him.

He promised to continue to work hand in hand with the overlord for peace, without which business and development would elude them and appealed to Ya-Na to add his voice in calling on people of Dagbon and Ghana as a whole to let Ghana have a peaceful election since Ghana was the eye of Africa and the world in terms of peaceful elections.