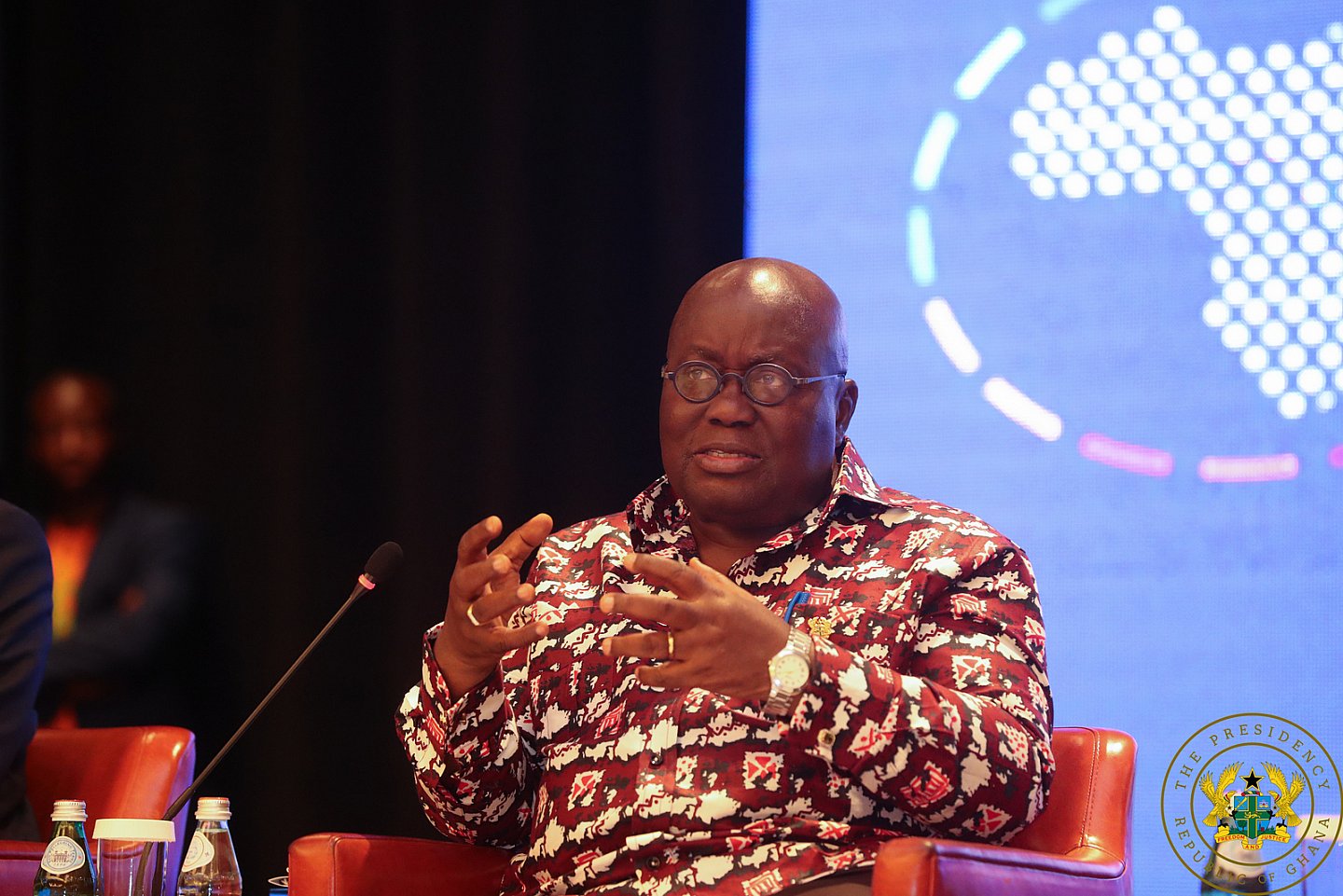 It’s Important To Tell Our Own Stories – President Akufo-Addo

President Nana Addo Dankwa Akufo-Addo has urged Africans both at home and abroad to endeavour to tell Africa’s own stories so as to dispel the age old negative perception of African and its peoples.

The President also reiterated his position that Ghana is not a shit hole country as referred to by President Donald Trump of the United States, insisting that much of the narrative about Africa is not true.

The President made these assertions in an interview with Ace Haitian American Journalist, Roland Martin at his office in Accra recently

The “Year of Return, Ghana 2019” is a major landmark cultural campaign targeting the African – American and Diaspora family, to mark 400 years of the first enslaved African arriving in Jamestown Virginia.

The President who in 2018, initiated the Year of Return initiative used the occasion to reiterate his aversion to the cycle of dependency on colonial and western countries and welcomed the decision by 8 french speaking west African countries to detach themselves from France.

Whilst expressing his disagreement that Ghana was not a shithole country, President Akufo-Addo strongly decried the negative perception being fed into the narrative over the years and strongly encouraged Africans and Africans in the diaspora to keep telling our own stories.

President Akufo-Addo reaffirmed his belief in the future of Africa, by insisting that Africa is endowed with varieties of resources both human and capital to reborn the continent especially in commerce and development. Encouraging the development of partnerships and the need to become one family, President Akufo-Addo said Africans both home and abroad can bring better results to the continent and lift it to a new age and space if we work as one family

With the Year of Return winding up successfully, ‘Beyond the return, another presidential initiative has been launched to sustain the gains made last year.

Already, the Ghana Tourism Authority reports that there were 750,000 foreign visitors in 2019 and that number was expected to top the 1M before the year ended.

Ghana’s unique position as the location for 75 per cent of the slave dungeons built on the west coast of Africa and the current President’s policy of making it a national priority to extend a hand of welcome back home to Africans in the diaspora has been a huge boost for the country and its image.