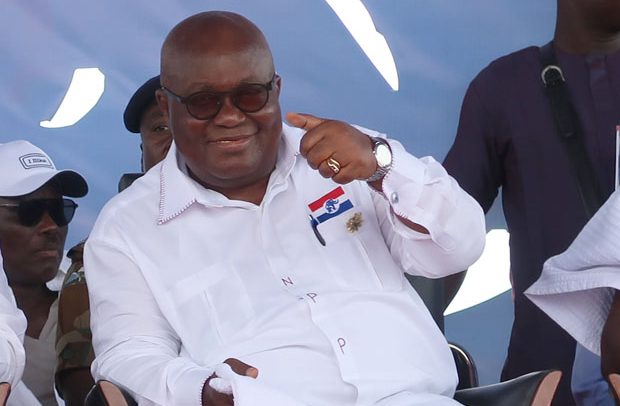 President Nana Addo Dankwa Akufo-Addo will be acclaimed as the flagbearer for the New Patriotic Party on June 27, 2020, in readiness for the December 7, 2020 general elections.

The General Secretary of the NPP, Mr John Boadu announced this in a statement Thursday afternoon.

Already, President Akufo-Addo has decided and announced his intention to run the elections with the Vice President, Alhaji Dr Mahamudu Bawumia as his running mate.

President Akufo-Addo was the only person who filed to contest the flagbearer slot of the NPP for Election 2020 when the party opened nominations.

Subsequently, the National Council of the party resolved to endorse his candidacy via acclamation.
It would, therefore, be done together with his Running Mate at a special National Council meeting of the Party to be held in Accra with the media and relevant stakeholders in attendance.

Mr Mahama is yet to select his running mate.

On the upcoming primaries on Saturday, the New Patriotic Party has resolved to hold Parliamentary Primaries in Gushegu, Dormaa Central and Kwadaso Constituencies in line with the decision of the Party’s National Executive Committee.

With the Gushegu Constituency, the Party, after extensive consultation with relevant stakeholders, has, in line with Article 12 of the NPP Constitution, selected Mr. Hassan Tampuli as its Parliamentary Candidate for the Constituency.

This follows the decision of the two aspiring Candidates, Hon. Iddi Ziblim and Osman Mahama, to withdraw from the parliamentary contest.

In Dormaa Constituency, the incumbent Member of Parliament and Minister for Health, Hon. Kwaku Agyemang Manu, shall contest in the Primaries as an unopposed candidate following the decision of his sole contender, Dr Yao Yeboah to withdraw from the contest after the implementation of a successful roadmap.

Primaries in the Kwadaso Constituency shall be held on Wednesday, June 24, 2020 following an amicable resolution of the issues regarding the Constituency Album.