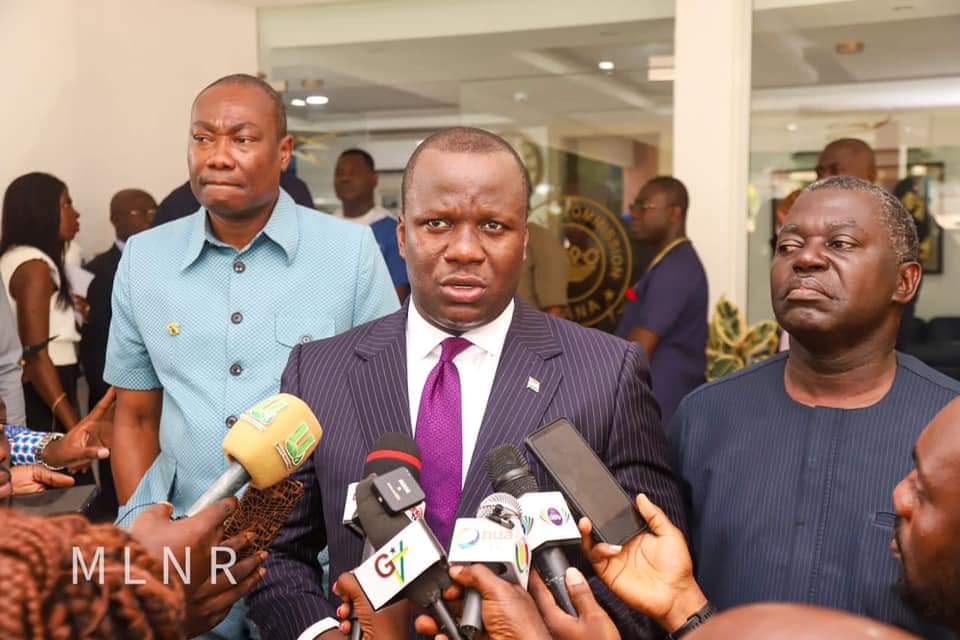 The Minister for Lands and Natural Resources, Samuel Abu Jinapor, says President Nana Akufo-Addo’s comment on Akonta Mining Limited will not affect investigations by the Office of the Special Prosecutor (OSP).

The lands minister who doubles as MP for Damongo Constituency added that his outfit is working with the Special Prosecutor on the matter.

He explained that President Akufo-Addo was only talking about current happenings and not the previous activities of the company.

President Nana Addo Dankwa Akufo-Addo sought to assure the entire nation that all the forest reserves in the country are being protected against illegal mining activities (Galamsey) with his comment that Akonta Mining is not engaged in galamsey, Minister of Lands and Natural Resources, Samuel Abu Jinapor has said.

On Wednesday, President Akufo-Addo at the 28th National and 16th Biennial Congress of the National Union of Ghana Catholic Diocesan Priests Association in Koforidua cleared the mining firm of any wrongdoing.

According to the President, the firm is not engaged in any illegality presently.

“I want to assure you all that Akonta Mining is not engaged in any form of illegal mining anywhere in Ghana as we speak,” he stated.

The firm in question owned by NPP’s Ashanti Regional Chairman, Wontumi, is the subject of an ongoing investigation for allegedly operating in the Tano Nimiri forest reserve without a lease or license.

But the sector minister, Samuel Jinapor, says the comment does not absolve Akonta mining from any culpability and that his outfit is working with the Special Prosecutor on the matter.

He spoke on the sidelines of a meeting with the Chief of Defence Staff and the Military High Command, Lands Minister, Samuel Abu Jinapor.