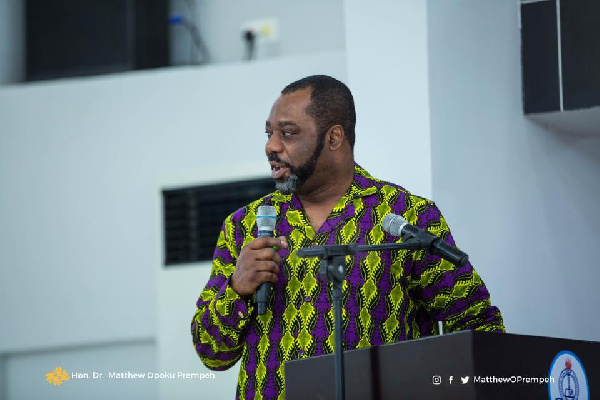 Dr Matthew Opoku Prempeh has called on the New Patriotic Party to encourage and maximize the formation of groups as a strategy to win the December general elections.

He said he would envisage the formation of nurses and midwives network, farmers and fisherfolk networks of NPP as a prudent way to reach out to the masses to maximize votes.

Dr Prempeh said this during the first NPP Teachers Network Conference held in Ho, aimed at moving the campaign to the grassroots and sending governments achievements to the people.

He said Technical Vocational Education Training (TVET) had come to stay and that government has spent GHC800 Million to transform that sector.

He reassured that promotions in the service would be liberal and according to laid down rules.

Dr Prempeh said some 400,000 students are benefiting under the Free SHS and has therefore entreated teachers to lead the charge to renew the mandate of President Akufo-Addo for more benefits.