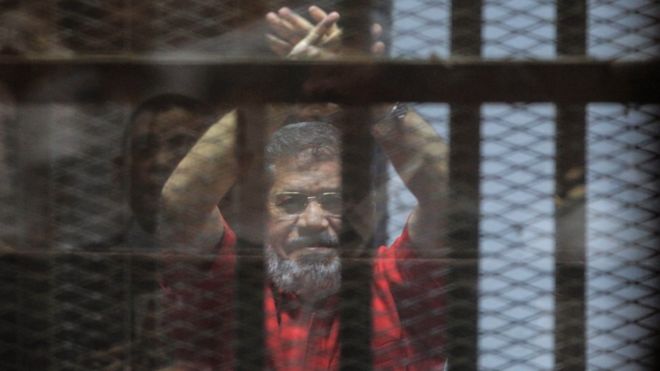 The UN has called for an independent investigation into the death of former Egyptian President Mohammed Morsi.

The 67-year-old died after he collapsed during a court appearance on Monday.

Morsi was Egypt’s first democratically elected president but had been in custody since his removal by the military in 2013.

His family have long raised concerns over his treatment in prison and say that the authorities refused a request for him to be buried in his home town.

Instead the former leader was laid to rest in eastern Cairo early on Tuesday morning under reportedly tight security.

A statement from Rupert Colville, spokesperson for the Office of the UN High Commissioner for Human Rights, pointed to Egypt’s obligations to treat its prisoners humanely in calling for an investigation.

“Concerns have been raised regarding the conditions of Mr Morsi’s detention, including access to adequate medical care, as well as sufficient access to his lawyers and family, during his nearly six years in custody. He also appears to have been held in prolonged solitary confinement,” he said.

“We believe it is clear there must be a thorough independent inquiry into the circumstances of Mr Morsi’s death, including the conditions of his detention,” he added.

Morsi died while appearing in court on spying charges. He was already facing decades in jail after being convicted in separate trials. A forensic report has been ordered into his death.

His former party, the Muslim Brotherhood and Turkish President Recep Tayyip Erdogan, a close ally of Morsi, are among those who have blamed the Egyptian leadership for his death.