Morocco was rewarded by FIFA on Friday with hosting rights for the next Club World Cup in February, with an expanded 32-team edition set to launch in 2025.

After Morocco’s inspiring run to the World Cup semifinals in Qatar, the country will now stage the next global soccer event in six weeks’ time, FIFA’s ruling council decided.

It will be one of the last seven-team editions for continental champions with an expanded, month-long tournament planned to start in 2025.

FIFA president Gianni Infantino said the intended change was “making it really like a World Cup.”

In Morocco, Casablanca should stage games with the city set to provide two teams in the 10-day competition, which features continental champions from each of the six confederations in world soccer.

Wydad won Africa’s Champions League last season and also the Moroccan league. The place FIFA reserves for the host nation’s domestic champion should revert to league runner-up Raja. Both teams are based in Casablanca, where the 67,000-seat Stade Mohammed V is the likely venue for some of the eight Club World Cup games.

Morocco also hosted Club World Cups in 2013 and 2014, which were won by Bayern Munich and Real Madrid, respectively

Only European and South American teams have won the Club World Cup since it was revived in the current format in 2005.

FIFA has long wanted to launch an expanded version with 24 or 32 teams in a tournament played in June.

A planned inaugural edition in 2021 in China was canceled because of the COVID-19 pandemic, though no tournament format had been agreed upon nor broadcasters or sponsors signed.

A 2025 launch is now planned, Infantino said, promising talks with soccer stakeholders after the ruling council approved the principle Friday. 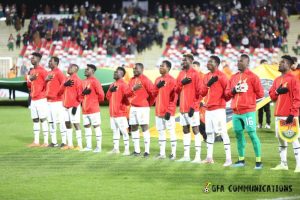