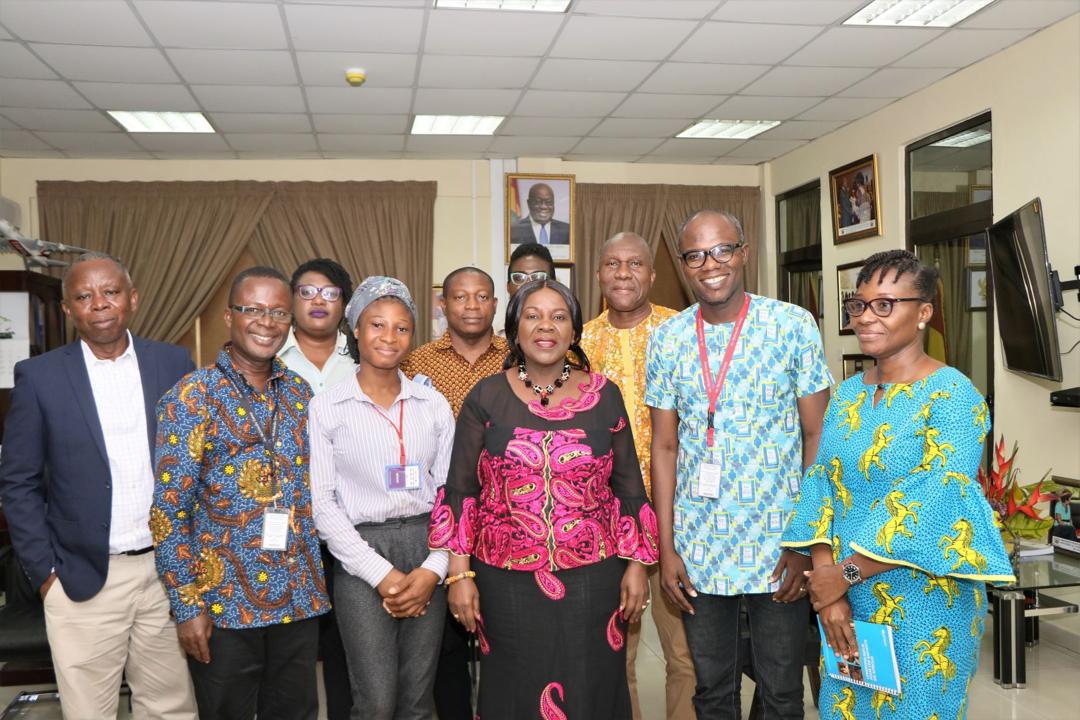 The Hon. Minister for Sanitation and Water Resources Hon. Cecilia Abena Dapaah on Wednesday July 24, received in her office, a delegation from the Multimedia Group led by Mr. A.C Ohene, the senior editor of Adom FM to formally render their profound apology to the Hon. Minister following a recent Adom FM publication which attracted a lot of negative publicity for the Hon. Minister.

Mr. A.C. Ohene stated that the incident was quite unfortunate and an error on the part of Multimedia and Adom FM and wish to assure the Hon. Minister that utmost diligence and care would be observed to forestall any such occurrences in future.

This issue according to the Acting Chief Director was not about the lady being an intern, but rather about the due protocols being followed.

The Honorable Minister for her part accepted the apology in good faith and indicated her preparedness to continue to work with Journalists for the good of mother Ghana.

The Senior Editor, Mr. A . C. Ohene reiterated that the Multimedia Group has learnt a lot of lessons from the unfortunate incident and would work hard to ensure a strict adherence to their time tested protocols.

He indicated that an apology had already been placed on their websites, Adom FM online and Joy FM online.

The intern, Miss Rahinatu Abdul Bach indicated her admiration for the Hon Minister and considers her as her role model and therefore regrets the incident, and accordingly rendered an unqualified apology to the Honorable Minister who in return offered madam Rahinatu a box of chocolate.