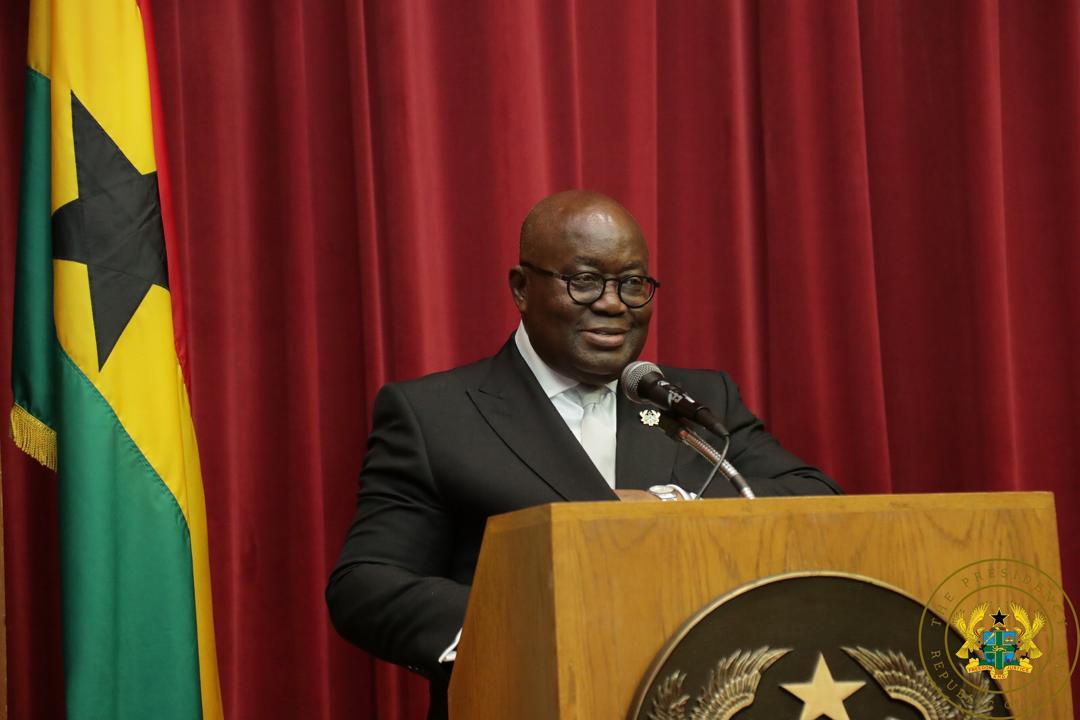 No Policies From My Opponents- President Jabs Mahama Over Free SHS

The New Patriotic Party on Sunday, held a mammoth rally at the trade fair grounds in La, to climax its annual delegates conference for 2019.
The rally which was attended by the creme de la creme of the party, saw national executives, leading members of the NPP, the President of the Republic, Nana Addo Dankwa Akufo-Addo and the vice president Dr Mahamudu Bawumia take turns to address the teeming crowd.

The rally which followed the annual delegates conference held at the Fantasy Dome was as usual full of colour, pomp and pageantry.
The rally kicked off in earnest with the Assin Central constituency member of parliament, Hon Kennedy Agyapong, who compared the records of the incumbent administration to that of the previous Mahama administration.

The Vice President, Alhaji Dr Mahamudu Bawumia taking his turn on the podium likened former President John Mahama to an incompetent mason who had mismanaged the Ghana project.

President Nana Akufo-Addo on his part appealed to Ghanaians to remain steadfast in the coming year and retain him for four more years.

He recounted the challenges some Ghanaians go through after the so called unprecedented infrastructural claims by John Mahama. He wondered what policies John Mahama and the NDC has in store for Ghana apart from reviewing his policies. He assured Ghana, the system is here to stay and would see further improvements.

He debunked claims of a food crisis by his opponents saying this is the best period for food production in Ghana and said the battle remains the lord’s.