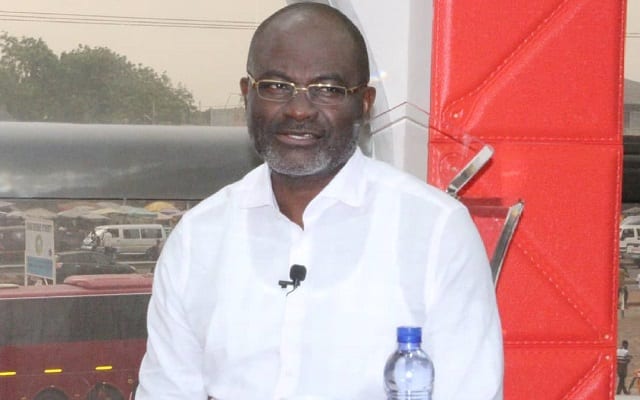 The Member of Parliament for Assin Central, Honourable Kennedy Ohene Agyapong has called on the New Patriotic Party fraternity to forge a strong unity amongst themselves and not make the mistake they did during Former President Kuffour’s regime when there arose so much disunity and hatred and which cost them the 2008 elections

The NPP is electing it executives that will lead to the election of their flag bearer for 2024.

Speaking at a radio station in Accra, he explained that it is time the NPP  learnt from their past mistakes and therefore tasked all NPP members to accept criticisms in good faith,and campaign vigorously for the party devoid of insults so that they can work with each other after their internal elections.

Hon. Ken Agyapong, has contributed an amount of two million, seven hundred and fifty thousand (2,750,000.00) Ghana Cedis, to the General Secretary of the Party, to be distributed to all the 275 constituencies equally. He explained that the money is not for any individual but for the constituencies to help in the organisation of the elections in a peaceful atmosphere

He further appealed to the leaders, to allow all those who are party members and want to contest the elections to be given the free hand to participate. He also advised the leaders not to take sides and support one candidate against the other, but to learn from his way of doing things, so that they can work with anybody who wins the election. He added that democracy is about elections and not the imposition of candidates

According to Hon. Ken Agyapong, the NPP lost more seats in parliament in the last elections as a result of the imposition of candidates.

On the economy, He explained that the NPP government has managed the country far better than NDC, and that the current rising cost of goods is the result of the Covid–19 and the Russia – Ukraine war and not mismanagement, as the opposition want Ghanaians to believe.

He concluded that, under President Nana Addo, Ghana recorded a better growth rate, even under harsh global challenges, than when the NDC was in power when the world had no challenges. He said the advent of the Covid–19 pandemic, made things very difficult for all the countries of the world, even the top economic powers.

He said this goes to show without any argument that the NPP is a better manager of the economy than NDC, but the global trend has always not  been favourable to NPP anytime they are in power