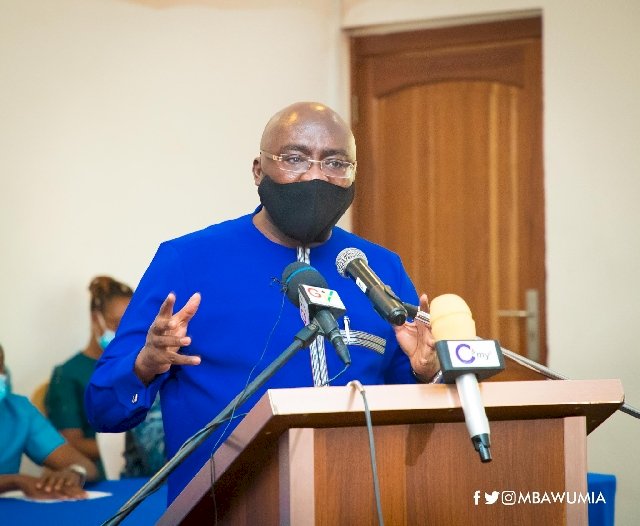 Vice President Dr. Mahamadu Bawumia  has announced that the Akufo-Addo government will not legalize ‘Okada’ business.

According to him, though it’s a tough decision to make, the government has had to take this stance in the supreme interest of Ghanaians.

The Flagbearer of the main opposition NDC, John Mahama says his government will legalise the commercial operation of motorbikes popularly known as Okada when voted into power in 2021.

According to him, the Okada business has become a means of sustenance for young people who are unemployed.

Addressing people during his tour of Kpando in the Volta Region, he stated that “our law says okada is illegal, but it is a reality it has come to stay and you can’t stop it. So, I say when we come into office, we legalize it but we will regulate it.”

The assurance by the ex-President has generated a lot of excitement among the thousands of Okada riders in Ghana with a huge number of them publicly stating they’ll vote for the NDC come December 7 general elections.

But Speaking at the joint launch of a strategic collaboration of Volkswagon & Blackivy to launch Volkswagon’s new assembled cars in Ghana, Vice President Dr. Bawumia stated that the NPP government will stick to its decision to provide a better alternative for the Okada riders.

“I know that there’s been a recent discussion about Okada in Ghana, I think that in the context of what we are doing we will rather encourage the okada riders to come in and try to lease these vehicles so that they can run businesses. They need to graduate from this risky and less safe okada riding to a safer means of transportation. Their problem will be a lack of capital but if you bring in new leasing policies and we have our national ID cards with our digital addresses we can have a credit system working and give you an option other than this risky job.

He added: “You don’t want to finish driving school and then make a life in okada riding. You can have a better option and we’ll give you a better option. So, yes, we will not legalize Okada business. It may be a tough decision but it is in the interest of Ghanaians. We have had discussions but we will stick to our decision to provide a better alternative to okada riding. Let’s give them an opportunity to lease vehicles and pay over time.