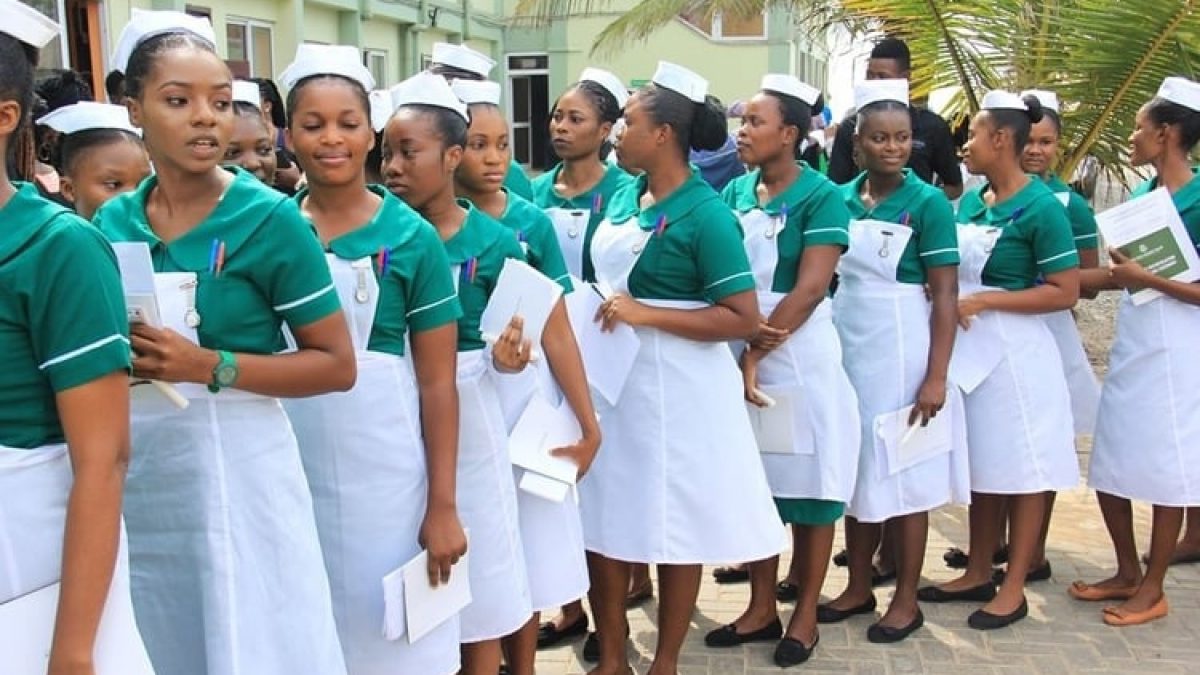 The President of the Ghana Registered Nurses and Midwives Association (GRNMA), Pepertual Ofori-Ampofo, has stated that the nurse who was verbally abused by the Ashanti Regional Director for the National Service Scheme (NSS), Mr Alex Opoku-Mensah, is currently going through counselling.

According to her, the verbal abuse by Mr Opoku-Mensah, is having a psychological effect on the nurse, hence the counselling which started on Tuesday, November 29, 2022.

She said the nurse is traumatised by the turn of events and had to go through counselling before she resumes work fully.

Speaking on Eyewitness News, the President of GRNMA bemoaned the negative impact the verbal abuse by the Ashanti Regional Director for NSS has had on the nurse at the Manhyia district hospital.

“I will not say the House officer was wrong, or the nurse was wrong, whatever transpired, they are both adults and are professionals, and should have been able to resolve the matter. If they couldn’t, the nurse manager could have resolved the issue. But it wasn’t for the house officer to bring in her father to come and do what he did at the facility. It’s wrong and we condemn it in its entirety. The nurse is already traumatised. We had to get somebody to counsel her and all of that,” Madam Ofori Ampofo said on Eyewitness News.

In a viral audio, Mr. Mensah is heard insulting the nurse after a misunderstanding ensued between his daughter, a house officer and a nurse at the facility.

The nurse, whose name is withheld, is said to have placed a call to the house officer who had closed from work to return to the hospital, to log in the E-health system, and update a patient’s prescription in order to prevent the patient from being billed for unissued medicine.

The house officer who felt disrespected by the nurse’s action went to the hospital with her father, who created a scene at the hospital.

Mr. Mensah is heard in the viral audio threatening to use his influence to transfer the nurse from the hospital during the altercation.

But the GRNMA in a statement has called on the government to remove the Ashanti Regional Director for NSS, arguing that he’s not fit for the position he holds.

The members of the association further threatened to lay down their tools if Mr Opoku-Mensah is not sacked within 72 hours.

“The public service commission and government for that matter should sack the said regional director immediately because he is not fit for the Director position he holds in the Public Service. If the government does not relieve Mr. Alex Opoku-Mensah of his duty as the Ashanti regional director of NSS within 72 hours, all nurses and midwives at the Manhyia house hospital will lay down their tools to be followed by the whole of Ashanti, and then will be escalated to the whole nation,” the statement said.

Though Mr. Opoku-Mensah has rendered an unqualified apology, the President of GRNMA insists he should be removed for disrespecting the nursing fraternity in the country.