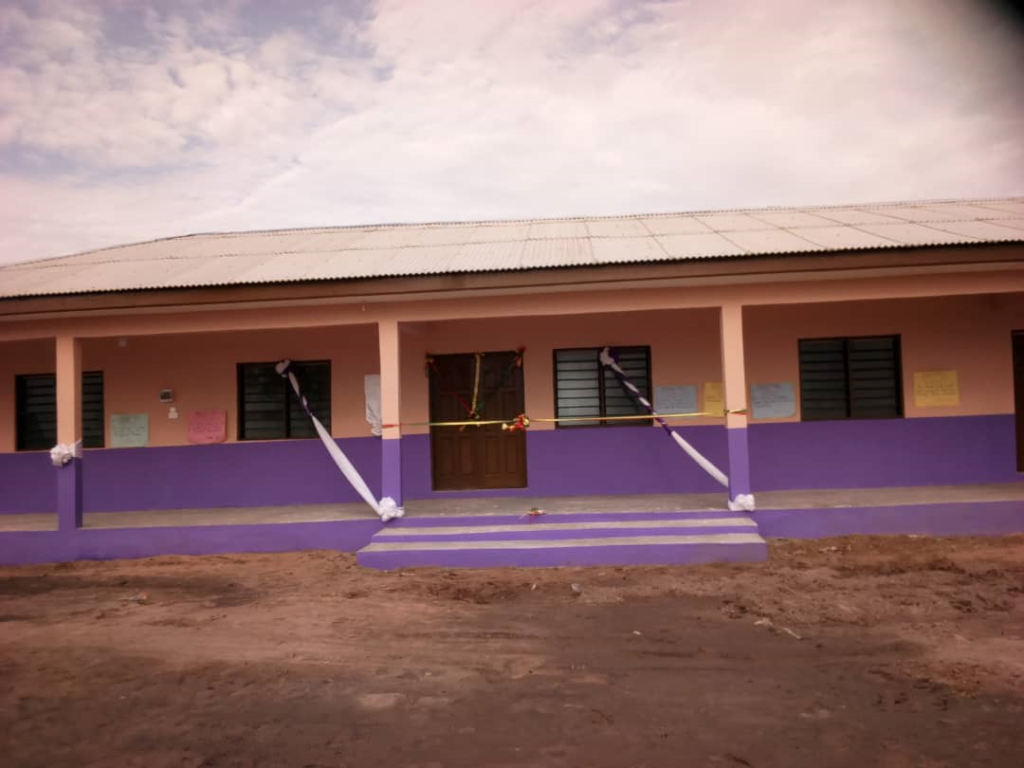 The District Chief Executive for Ningo-Prampram, in the Greater Accra Region has put up a three-unit classroom block for Hearts of the Father’s Outreach (HFO), an orphanage at Old Ningo.

The facility was the DCE’s birthday present to the school, a promise he made to the school last year June, when he celebrated his birthday.

The construction of the edifice was facilitated by ENERCON Gmbh and NEK Umwelttechnik AG, two private companies that are developing 200MW renewable and affordable wind electricity in the Ningo Traditional Area.

The DCE, since 2008, adopted HFO where he annually celebrated his birthday with the children, and fortunately when he became the DCE of Ningo-Prampram District, Mr Doku, in June 2018, promised to provide a classroom block for the nursery department of the outreach.

In order to get his promise fulfilled, he lobbied friends and private companies in his district for financial assistance, “and I was fortunate to have ENERCON Gmbh and NEK Umwelttechnik AG facilitating the entire project.

This is, in fact, a dream come true for the children who are going to study in this beautiful facility,” he said.

HFO has been running at Old Ningo for two decades, and has been a refuge for destitute children especially, in the area.

Jonathan Doku said his next dream was to solicit for funds to establish a resource center for the physically challenged at Prampram, Dawhenya or Afienya “and it is my dream that on my next birthday in 2019, it will also become a reality.”

On behalf of HFO, Mrs Beatrice Naa Koshi Olenu, who is the District Education Director, commended the DCE for the infrastructure, and like Oliver Twist authored by Charles Dickens, she asked for more of such conducive classrooms for the pupils in the district.

She urged the management of the home to maintain the structure very well, adding that the facility would be put into full use in the 2019/2020 academic year.