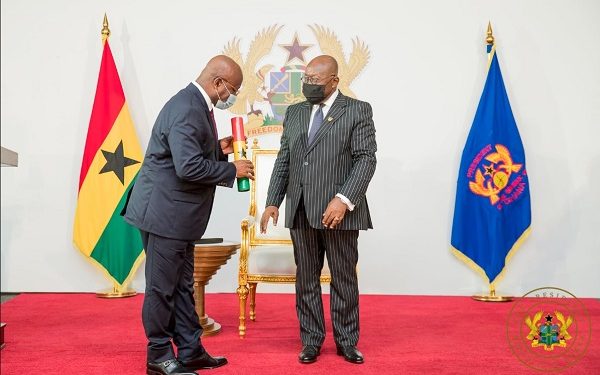 Majority Leader, Osei Kyei-Mensah-Bonsu has been appointed as the caretaker Minister for Finance.

The appointment was communicated in a letter from President Nana Akufo-Addo to the Speaker of Parliament, Alban Bagbin.

President AkufO-Addo indicated that the Suame legislator, who is currently the Minister for Parliamentary Affairs, will handle the Finance Ministry as a temporary additional responsibility.

“I write respectfully to inform you that, pursuant to Order 140 Rules 2 and 3, of the Standing Orders of Parliament, I have assigned temporarily responsibility for the Ministry of Finance to the Minister for Parliamentary Affairs, Osei Kyei-Mensah-Bonsu, Member of Parliament for Suame,” the letter, as read by Alban Bagbin said.

Ken Ofori-Atta, who served as Finance Minister in Akufo-Addo’s first term from 2017 to 2021, was nominated by President Akufo-Addo in January 2021 to serve in the same portfolio in his second term, but he is yet to be vetted by Parliament’s Appointments Committee due to health reasons.

Ahead of his scheduled date for vetting, the Finance Ministry announced in a statement on February 14, 2021, that Ken Ofori-Atta was being flown to the UK to receive medical attention after suffering complications from COVID-19.

According to the ministry, he recovered from the disease but suffered some complications later.

His constitutional duty of delivering the 2021 Budget Statement and Economic Policy in Parliament has already been tasked to Osei Kyei-Mensah-Bonsu who will do that on Friday, March 12, 2021.

It remains unclear when Mr. Ofori-Atta will return to the country, be vetted and take up the role as Finance Minister if approved by the House.