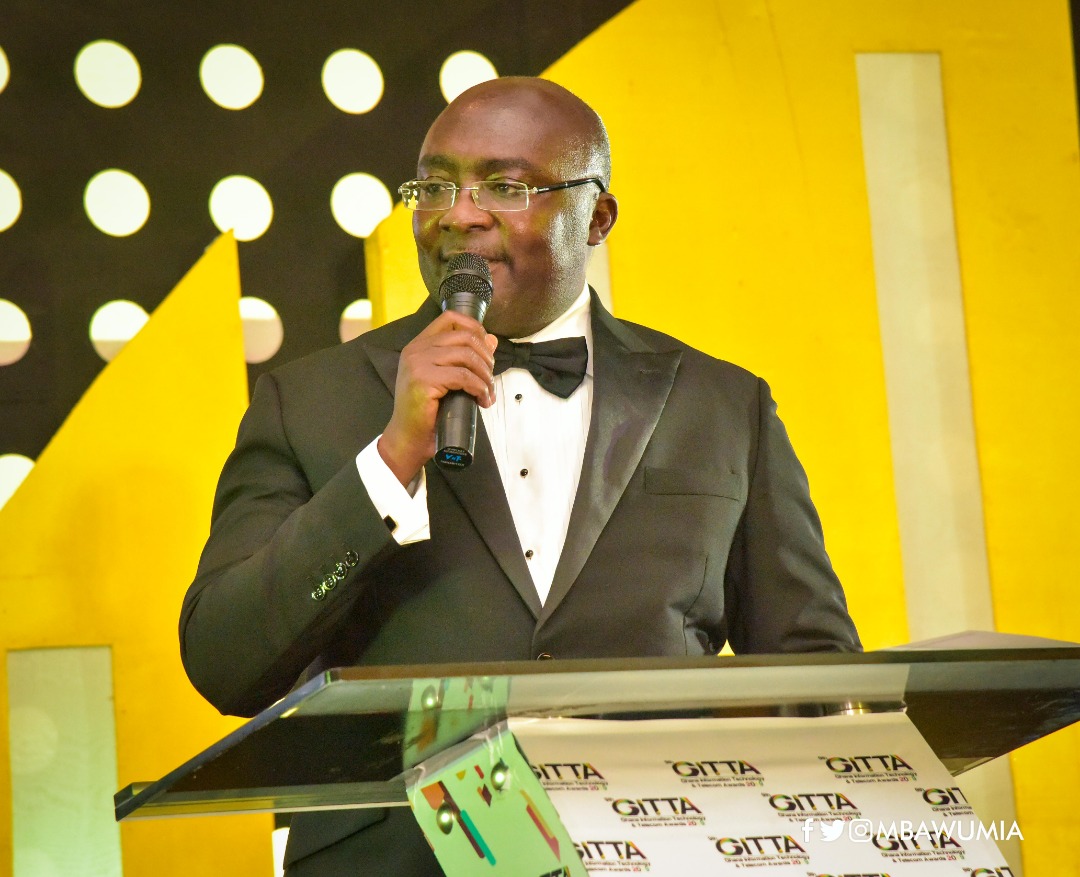 The Vice President of the Republic, Dr Mahamudu Bawumia, has lauded the collaborative role the private sector has played in the successful roll out of several programmes in the Akufo-Addo government’s digitisation agenda.

According to Vice President Bawumia, this collaboration has led to major budgetary savings, freeing up funds to address other equally pressing national demands.

Speaking at the 9th Ghana Information Technology & Telecom Awards (GITTA) on Friday, June 28th, 2019, Vice President Bawumia disclosed that two of the flagship digitisation projects, the Paperless Ports system and the delivery of critical blood supplies and other medical consumables to rural and hard to reach communities via drones, were implemented at zero cost to government’s budget due to this collaboration.

“The digitisation process that we have embarked on in the past two and half years has however been cost-effective. A lot of people see these big projects taking place and they wonder how much it is all costing the budget. You take the Paperless Port for example; a very big project that was implemented, but we looked at it and decided that we could get the private sector to pay for it and at the end of the day the private sector – Dubai Ports, West Blue, GCNET – all got together and did it. And it cost government zero.

“We didn’t pay one Pesewa for the whole Paperless Project. We just brought people together, did the process flow and said ‘this is what we want but we don’t have money so do it for us’. And they did it for us. This is really good Corporate Social Responsibility. So the Paperless Ports cost us nothing.

“Similarly, the Zipline Drone project for medical deliveries cost us nothing as far as government budget is concerned. Not one Pesewa of budgetary resources has gone into the mefical drone delivery project. We are just using Corporate Social Responsibility; they have really responded well and this programme is working,” Vice President Bawumia stated.

Other digitisation programmes had been implemented at immensely lower cost than had been previously budgeted for, Vice President Bawumia indicated.

“Mobile Payments Interoperability, the first of its kind that we’ve implemented in Africa – and there’s really none that I know of globally – initially was supposed to cost us $1.2 billion. I’m sure most of you heard about it. But we were able to do it, including infrastructure, for less than $4.5 million, so that was a major saving. So there’s a lot of cost-effectiveness with digitisation as you’ll improve a lot of the efficiencies in public administration.”

In recognition of his dedication to the digitisation agenda, Vice President Bawumia was adjudged the Digital Leader of the Year at the Dinner and Awards Night, which brought together all stakeholders in the Information Communication Technology Sector in Ghana.