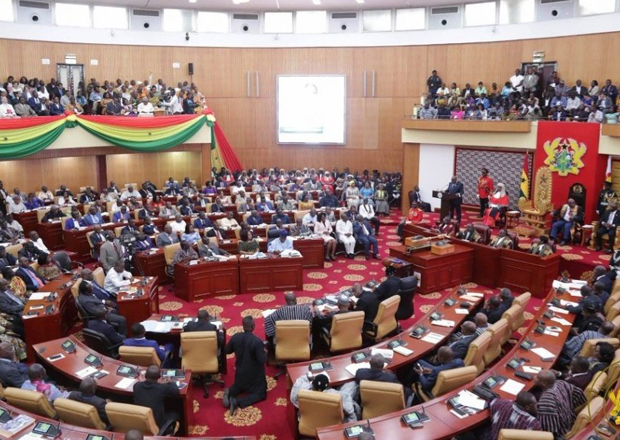 He spoke about the care the late Sir John exhibited when Mr Asiedu Nketiah lost his mother by spending days to assist in the funeral, making sure that, a befitting burial is given to the late mother of Mr. Asiedu Nketiah.

Speaker advised that, this is a kind of example we should exhibit towards a fellow human but not to hating each other because we belong to different political parties.

The Majority leader, Osei Kyei Mensah-Bonsu also added that, an alphable personality who really positively affected everyone that he came in contact with.

Mr Mensah-Bonsu expressed shocked when he heard the news and was not expected to such unpleasant news.

He said, the late Sir John really performed his duty well in all assignments was asked to perform.

The Minority leader, Haruna Iddrisu also added his voice saying, the demise of the late Sir John has created a big hole in the political terrain and one thing he like about him is the high sense of humor he would display, even though he would be jabs you on the matter called on.

He said, the late Sir John would be forever be remembered for his words when he lost his position to Mr. Kwabena Agyapong at the primaries by saying “Fear Delegates” ,