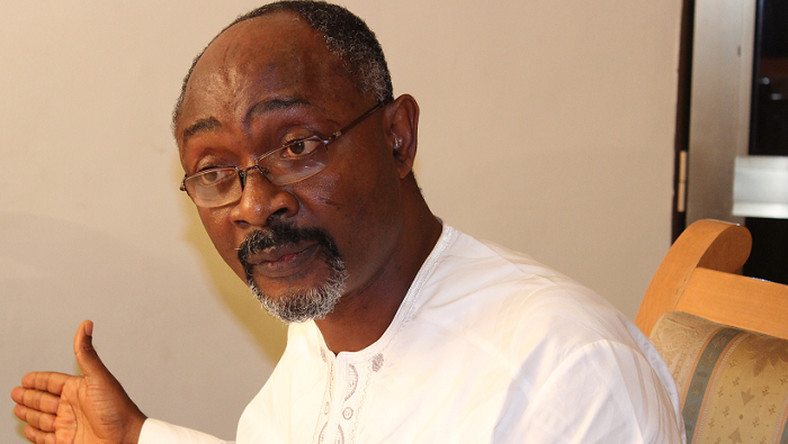 Pay And Get Your Properties Back, If You Have Money – CJ Tells Woyome

A five-member panel of the Supreme Court presided over by Chief Justice Kwesi Anin Yeboah has adjourned to June 24, 2020, the case in which the state is seeking for leave to acquire the Properties owned by businessman Alfred Agbesi Woyome.

The motion for leave of the court by the state is premised on auctioneers notice that it failed to sell because they fear the properties could be returned back to Woyome by future government.

In court today, when the motion for leave for the acquisition was called, Mr Woyome’s intention to challenge the application was blocked by the CJ.

The CJ said his lawyer had written informing the court that he was unwell and asked for June 8, to be present in court.

Mr Woyome who was in court for the first time this year wanted to address the court matter, but the CJ said if he’d anything to tell the court, he should inform his lawyer.

“You can tell your lawyer what you want to tell us,” the CJ advised him adding that, “if you have money to go and pay, pay and get your properties back,” Kasapa News’ Court Correspondent Muntalla Inusah reports.

The case has been adjourned to June 24, for the state to move its motion.

It has emerged that the Supreme Court’s ruling for the properties of Alfred Agbesi Woyome’s to be sold has not been materialized.

This is because potential buyers are reportedly afraid to purchase the properties because they feel those properties may be restored to Mr. Woyome in the future.

Minister of National Security, Albert Kan-Dapaah, made this known in a letter dated March 4, 2020, and addressed to the Minister of Justice and Attorney General.

The letter made reference to the Supreme Court’s order to have the properties of Mr. Woyome auctioned to settle judgment debt.

It would be recalled that in July 2020, after three years of legal joggling over the true ownership of properties in the case involving the businessman and National Democratic Congress bankroller, Mr Woyome, the Supreme Court ordered the auctioning of the assets to defray the GH¢47.2 million debt he owes the state.

Assets in question include two mansions at Trassaco Estate, a house at Kpehe where he resides, an office complex of Anator Holdings, residential building at Abelemkpe and a stone quarry in the Eastern Region including its plants and equipment.

The Supreme Court at the time, with Justice A. A. Bennin serving as the sole judge held that the properties belonged to Woyome.

The Court also said that the claim by the defunct UT Bank that Mr. Woyome sold two houses at Trassaco Estate to the bank to defray his debt was a sham.

Again, the court held that Woyome’s quarry was not used as collateral, as he and the bank claimed.

But the National Security Minister bemoaned in his letter that “the auctioneer tasked with the auctioning the properties has indicated his inability to successfully execute the task because potential buyers are afraid amongst other reasons that the properties may be restored to Mr. Woyome by the State in the future.”

“In view of the above, it has been decided that the properties be surrendered to the State to obviate the need for an auction,” the letter added.